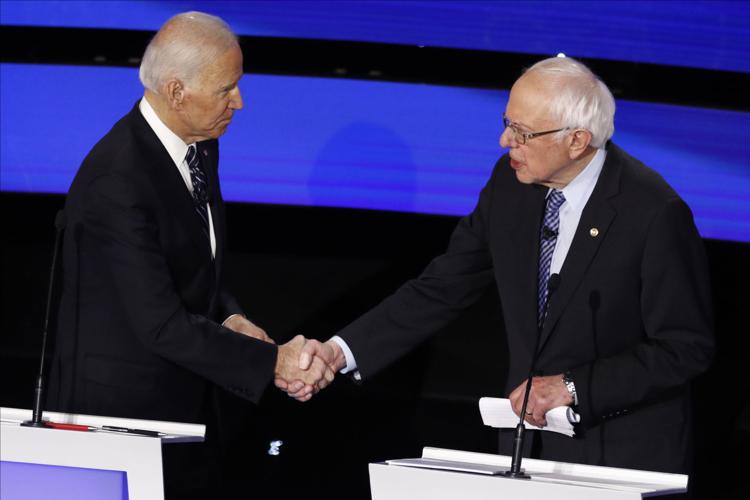 In the new poll released Wednesday by She the People, Biden received 24 percent support and Sanders registered 22 percent. The survey was specifically conducted among women of color in Nevada who said they are likely to attend the Feb. 22 caucuses there.

Businessman Tom Steyer and Massachusetts Sen. Elizabeth Warren were the only other candidates to receive double-digit support, at 14 percent and 10 percent, respectively.

She the People said women make up 26 percent of the Democratic electorate in Nevada. The poll found that 22 percent of respondents had not yet decided who they would vote for, which is higher than the statewide average of 14 percent among Democrats.

“For Biden, Sanders, Warren and Steyer this race is still a complete tossup,” She the People President Aimee Allison said in a news release. “Buttigieg, however, has virtually no support from women of color, which suggests he will not win support in states like Nevada where women of color are a sizable part of the electorate, and therefore has no path to win the nomination.”

Other polling this month in Nevada paints a similar picture.

A Suffolk University poll showed Biden with 19 percent support among likely Democratic voters there, with Sanders right behind at 18 percent. Warren received 11 percent, with Steyer and Buttigieg tied at 8 percent each.

Myers Research found Sanders leading Nevada at 29 percent, 1 percentage point ahead of Biden. Warren came in a distant third at 14 percent, with Steyer at 8 percent and Buttigieg 6 percent.

FOX News, however, said its polling showed Biden with a bigger lead over Sanders, at 23 percent and 17 percent, respectively. Warren and Steyer both received 12 percent in that survey and Buttigieg was at 6 percent.

Nevada will be the third of the “early four” states to vote, following the Iowa caucuses on Feb. 3 and the New Hampshire primary on Feb. 11. South Carolina’s primary is Feb. 29, just ahead of Super Tuesday on March 3.