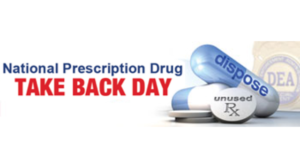 Nevada Attorney General Adam Paul Laxalt and his Substance Abuse Working Group announced that the 16th National Prescription Drug Take-Back will take place on October 20th and October 27th in northern and southern Nevada respectively, from 10 a.m. to 2 p.m. On these dates, Nevadans have the opportunity to help prevent pill abuse and theft by ridding their homes of potentially dangerous unused, unneeded or expired prescription drugs.

Since the Drug Enforcement Administration initiated these Drug Take-Backs seven years ago, nearly 5,000 tons of pharmaceuticals were safely collected and disposed of around the country. According to the 2016 National Survey on Drug Use and Health, 6.2 million Americans misused controlled prescription drugs.

“On this day last year, my office obtained bipartisan support for our Prescription for Addiction opioid initiative that created funding for drug incinerators used in Take-Back programs, provided overdose reversing drugs to first responders, and strengthened education and prevention efforts throughout the State to combat abuse and misuse of prescription drugs in Nevada,” said Laxalt. “I encourage all Nevadans to be a part of a solution to this nationwide problem by disposing of any unwanted and unneeded prescription drugs. Disposing of opioids in your medicine cabinet in a safe and timely manner has never been more important to the health and safety of our communities.”

Medicines left in home cabinets are highly susceptible to diversion, misuse and abuse. Nevadans are now advised that their usual methods for disposal of unused medicines—flushing them down the toilet or throwing them in the trash both pose potential safety and health hazards.

Participating Nevadans may bring their pills for disposal to dedicated sites across Nevada. Liquids, needles and sharps cannot be accepted. The service is free and anonymous. For more information about the disposal of prescription drugs or to view a collection site near you, click here.

AG Laxalt chairs Nevada’s Substance Abuse Working Group, a group created by Assembly Bill 61 that consists of nine appointed members. In addition to prevention and education efforts, the Working Group submitted information and recommendations related to the State’s substance abuse to the Nevada Legislature for consideration. With the support of the Working Group, on October 19, 2017, AG Laxalt launched his “Prescription for Addiction” opioid initiative to combat abuse and misuse of prescription drugs in Nevada. The initiative used non-taxpayer settlement dollars to purchase five drug incinerators to be installed in secure law enforcement stations, distribute anti-overdose drugs to first responders, allocate funding toward prevention and education efforts, and create an investigative position to assist with federal efforts to curb opioid abuse. Drug incinerators have been delivered and installed in counties throughout Nevada to assist in safely incinerating prescription drugs.