Stay in Vegas? This economy can’t be contained

Stay in Vegas? This economy can’t be contained
N&V Staff 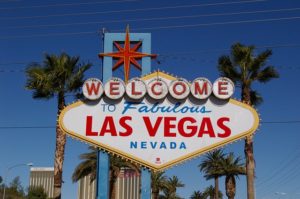 They say what happens in Vegas, stays in Vegas, but when it comes to this economy — exploding after years of miserably weak growth — you can’t contain it. This boom has broken out of Las Vegas throughout the whole state of Nevada.

The incredible turnaround and growth Las Vegas has experienced thanks to President Trump’s economic plan parallels the success that the state and the entire nation are encountering.

It wasn’t long ago that the city was struggling under the previous administration. During Barack Obama’s time in office, America’s economy dragged Las Vegas down with it. Unemployment in Sin City was rampant and homeowners saw their property values plummet.

In fact, 66,000 new jobs have been created in the Silver State since President Trump took office — sending the unemployment rate to its  lowest level since 2007. President Trump’s tax reform bill allowed Nevada Energy to pass savings on to its customers, and it prompted dozens of other businesses to reward their employees with raises and bonuses.

Small business economic trends in Nevada “turned sharply up” after President Trump was elected, and show little sign of slowing down anytime soon. That’s led the Small Business Optimism Index to a 35-year high, according to one report.

Once struggling, Nevada now leads the nation in economic growth.

That Nevada’s newfound economic success is a direct result of President Trump’s bold economic policies is undeniable. That’s why the November elections are so important.

If the Democrats win in November, Las Vegas and Nevada can kiss the prosperity that has returned under President Trump goodbye.

Democrats want to derail the President’s agenda by bringing back stifling taxes and regulations that will turn back the clock on our nation’s economic expansion.

Electing these candidates will have very serious consequences for Nevada’s growing economy.

The City of Las Vegas and the great State of Nevada can’t afford another period of weak growth marked by struggling businesses and soaring unemployment, courtesy of the Democrats.

Nevada’s fate has changed for the better, thanks to the economic policies President Trump and his Republican allies in the House and Senate have successfully passed.

If Nevadans want the new wealth they’ve created in Nevada to stay in Nevada, they won’t elect Democrats who will only turn around and take it from them.