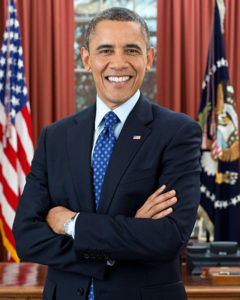 (Fred Weinberg, Penny Press) I learned a lot about my neighbors (and America) the other evening and I’d like to share some of what I learned with you.

As regular readers know, I live in rural Northern Nevada on what we used to call “acreage” or “horse property”.  There are—quite specifically—no homeowners’ associations, no city governments, few zoning regulations, a lot of animals and almost zero crime.  We ALL have guns and the ability—if necessary—to survive without too many “services” of the government—at all levels.

Many—if not all—of us would rather live in a box than live in downtown Reno.

One other commonality we share is that we all have wells and septic tanks.

A few months ago, a bill was drafted for consideration in the next session of the Nevada Legislature which would give the state’s water engineer the power to, in an emergency management situation, reduce our property rights of two acre feet per year per domestic well to half an acre foot per year.  And meter our privately owned wells.

A local community activist called a meeting. (Not every community organizer is Barack Obama.)

Two State Senators, our Assemblyman, our County Commissioner and the state Water Engineer were invited and, to their credit, all showed up at a local church.

I figured, given the topic, the about 25 hard core members of the community who followed these things would show up.

About 200 people packed the Church to the rafters and, during the course of the meeting—which went about two and a half hours—several things were said which you normally would not expect to hear in a Church.  (Unless the preacher were the Reverend Jeremiah Wright and this preacher is definitely NOT.)

Our immediate concerns were allayed by the State Engineer because our basin has sufficient “perennial yield” to withstand a sustained drought.

But that didn’t actually satisfy most of the crowd.

An enormous distrust of government at all levels.

In short?  It could have been a Donald Trump rally.

My neighbors are predominantly white, middle class folks who have worked hard and played by the rules to get to the point where they could afford their own one, two or five acre slice of the world.  In 2015, they watched a Republican-lite Governor and a state legislature hand us the largest tax increase in the history of the state just before they gave a bunch of companies huge tax incentives to move to the state.  They watched a President refuse to call radical Islamic terrorism Islamic, instead using euphemisms like workplace violence. They watched a Senate Minority Leader call a cattle rancher and his supporters “domestic terrorists” because they had the nerve to protest the Bureau of Land Management’s high handed “management” of the land surrounding our houses.

And they no longer trust much—if anything—associated with the government.

Can you blame them?

If there were 200 people there, I would set the over-under (this is, after all, Nevada) at 175 who will vote in November and I’ll take the overs.

If this were a meeting on, say, immigration amnesty, I’d set that number at 80 and I’d take the under.

Which is why I think Donald Trump has a better than even chance of being our next President.

It takes a lot to get our attention in America.

It would appear that the chance of electing Barack Obama in drag for another term has done just that. It may well be that the only polling which matters is the overwhelming number of people who think the nation is on the wrong track.