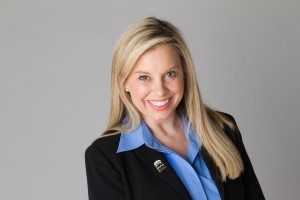 (NN&V Staff) – Reno Mayor Hillary Schieve is backpedaling on claims by a northern Nevada non-profit organization that she and the city support its plans to set up a resettlement operation in their backyard for Syrian, Iraqi and Cuban refugees.

“Schieve said several months ago she had reached out to the center to learn more about how Reno might become part of the humanitarian effort to relocate more than 20,000 Syrian refugees who have been referred to the United States for resettlement consideration,” Anjeanette Damon of the Reno Gazette-Journal reported on Tuesday.

“But when it came time for the center to file the application, Schieve had yet to ask the full Reno City Council to approve a resolution of support – a resolution Schieve said would be necessary for the city to formally back the effort.”

Nevertheless, Damon reports that “On Nov. 10, Schieve’s assistant sent an email to the Northern Nevada International Center’s director saying the city manager’s office had given approval ‘to move forward with a letter of support.’”  But City Manager Andrew Clinger denies any such approval was ever given.

Sounds like Schieve got cold feet after the Paris terrorist attack and now her administration is in full butt-covering mode.

N&V StaffSeptember 29, 2022
Read More
Scroll for more
Tap
Study: The high price Nevadans pay for ‘free’ money from the federal government
Conservatives to Congress: Do Not Bail Out Obamacare Insurers!