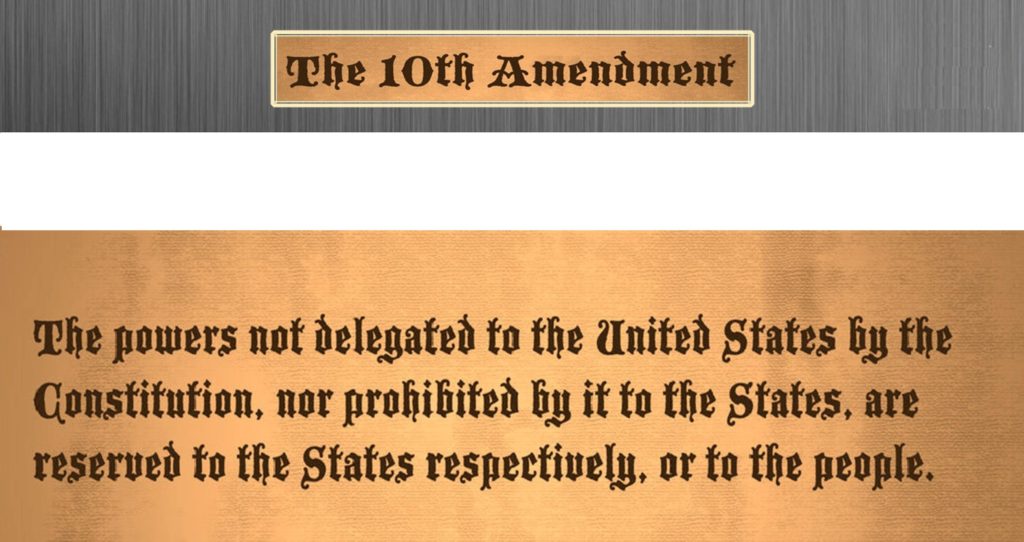 (Chuck Muth) – Yeah, yeah, I know.  People have rights, not states.  But in case there’s any confusion about what we’re talking about here, I’ll let Ronald Reagan, from a 1980 speech, explain it…

“I still believe the answer to any problem lies with the people. I believe in states’ rights. I believe in people doing as much as they can for themselves at the community level and at the private level, and I believe we’ve distorted the balance of our government today by giving powers that were never intended in the Constitution to that federal establishment.”

And while the nation under President Donald Trump is rediscovering the importance of the 10th Amendment and value of letting the citizens of the various states determine for themselves what to do on all manner of issues ranging from abortion to marriage to public bathrooms to legalized pot, the busy-bodies on Capitol Hill just can’t seem to get the message.

The new encroachment, tort reform, is an absolutely a dry, boring and complicated issue for most people, but it’s nonetheless extremely important.

H.R. 1215 is deceptively-named the “Protecting Access to Care Act of 2017” – much like the deceptively-named *Affordable* Care Act, aka ObamaCare – and is sponsored by conservative Iowa Republican Rep. Steve King, who should know better.

In short, the bill pre-empts state caps on damage awards in medical malpractice lawsuits and nationalizes them into a one-size-fits all regime.  Currently, 30 states already have their own caps and various limits on damage awards in place – including Nevada – while 18 others bar any such caps.

What this bill would do is scuttle those laws enacted by each of these individual states – the proverbial “laboratories of democracy” – and instead impose a Washington-knows-best blanket system for the entire country.  What could go wrong, right?

Believe me, I have no love for greedy, ambulance-chasing, slip-and-spill personal injury attorneys; however, this isn’t about that.  It’s about whether this issue should best be dealt with at the state or the federal level.

“To justify their efforts to nationalize medical malpractice law,” writes Prof. John Baker of Catholic University Law School about H.R. 1215, “House Republicans are stretching the Supreme Court’s New Deal Commerce Clause jurisprudence almost as far as Democrats did for ObamaCare. Both national medical malpractice reform and ObamaCare are radically at odds with our constitutional structure of federalism.”

“Congress has no business – and no authority under the Constitution – telling states what the rules should be governing medical malpractice claims,” adds Hans von Spakovsky of the conservative Heritage Foundation.  “Doctors are licensed by states, and state legislatures and state medical authorities have the authority to promulgate the standards of medical care in their states.”

Amen.  Let’s hope Nevada’s Members of Congress feel the same way about this newest over-reach by our overlords in Washington, DC.