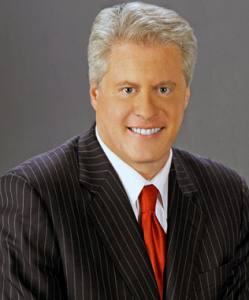 One of America’s most vocal critics of the Obama administration, Root is a frequent radio and TV guest, political commentator, syndicated political columnist, and the author of the national bestselling books, “The Ultimate Obama Survival Guide” and “The Murder of the Middle Class.”

“We are very excited to have Wayne on board,” said Matt Nye, RLC National Chairman. “Wayne is an extremely talented, charismatic and dynamic media personality; he’s an outspoken advocate for liberty, but he is particularly fierce on economic freedom and the U.S. Constitution.”

At the time Root joined the Libertarian Presidential ticket in 2008, the Bob Barr-Wayne Root presidential ticket was the 2nd most successful vote-getter in the party’s history. Root says that experience showed him just how heavily the scales are tilted in favor of the two-party system.

Root says the grassroots uprising in 2010 and 2014 has given him hope the Republican Party can be returned to its roots.

“Given the popularity of the Tea Party message it makes sense to work within the Republican Party to return the GOP to the ideology of Ronald Reagan, Barry Goldwater and Jack Kemp,” Root said. “That is exactly the mission of the Republican Liberty Caucus, and I’m here to inject a dose of world-class energy and enthusiasm!”

RLC Chairman Matt Nye agrees, but says the Republicans apparently didn’t get the memo. He hopes high profile individuals like Root joining with grassroots organizations like the RLC will help them see the light.

“In spite of the clear message the grassroots sent with massive, record-setting landslides in both the 2010 and 2014 elections, GOP party leadership doesn’t appear to have gotten the message,” Nye said. “Republicans were given a clear mandate to stop Obama’s agenda, but they’ve done nothing of substance to do so.”

“We’re stuck with leadership in both houses that is either spineless, incompetent or sympathetic to the president’s big government agenda; that, or the GOP’s leaders have simply been bought off by lawyers, lobbyists, big corporate donations and the famous DC culture of corruption,” Root said. “This is simply unacceptable. We are watching the greatest country, and the greatest middle class, in world history, being systematically destroyed, and that is something I cannot stand by idly and watch.”

In his best-selling books Root blames the partnership of big government, big media and big corporations.

“Republicans must stand firm, cut spending and debt, balance the budget, repeal Obamacare, audit and reform the Fed, re-establish the Gold Standard and roll back out-of-control federal agencies like the EPA, IRS, and the NSA program spying on US citizens,” Root said. “Most of all, Republican leaders must stand up and fight for capitalism and American Exceptionalism.”

“The GOP controls Congress, and Congress controls spending,” Root said. “It’s time the GOP withdraws from this president’s agenda that is destroying capitalism, small business and America. If they can’t do that, then Americans have no reason to vote Republican.”

“With Wayne’s help, we at the RLC intend to hold their feet to the fire,” he said.