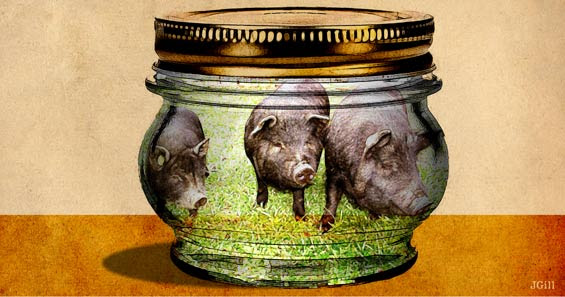 (Paul Jacob, Liberty Initiative Fund) – Last November, Nevada Republicans scored a “stunning” political sweep. The party’s incumbent governor rolled up a 40-point win, while the GOP gained majorities in both the Assembly and Senate — the first time Republicans have controlled all three since before the Great Depression.

At the same time, voters crushed a ballot measure to create a 2-percent gross receipts tax on businesses taking in over $1 million, by a whopping 78-22 percent. Gov. Brian Sandoval (R) and GOP legislators opposed the tax.

My tax-fighting friend Chuck Muth, president of Citizen Outreach, must be happy as a clam, living the easy life.

Mere months after that vote, the solidly Republican state legislature passed — you guessed it — a gross receipts tax. And with it, for good measure, all stuffed into Senate Bill 483, the Republican majority also made permanent a whole slew of taxes passed as temporary measures back in 2009.

The total tax increase — ahem, to celebrate the Republican trouncing of Democrats — turned out to be the largest in Nevada history: $1.1 billion.

I wish this story of betrayal were shocking, not par for the course. But as we all know, the lack of surprise signals the depth of the problem.

Thankfully, Silver State citizens have what Ralph Nader calls the “ace in the hole”: statewide initiative and referendum.

Two referendum measures have been filed. One would repeal the gross receipts tax. The other, filed by Muth’s “We Decide Coalition,” places the entire billion-dollar-plus tax hike onto the ballot.

Yes, time for Nevadans to crank up the machinery of democracy . . . starting with 55,000 signatures on petitions for each measure.

This is Common Sense.

Ron KnechtOctober 13, 2021
Read More
Scroll for more
Tap
Mitchell: Judges find in the folds of the law a right to watch predators
Black lives don’t matter any more than any other lives