(Robert Romano for NetRightDaily.com) – “I’ve said that the only way I would give fast track trade authority to a president, was if it was a president that could actually trust and negotiate well, and after watching the way this president has negotiated with folks in Iran, I have real concerns about giving this president the ability to negotiate on his own.” 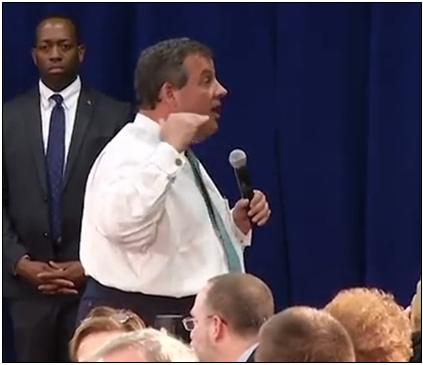 That was Gov. Chris Christie (R-N.J.) on the Laura Ingraham show, expressing his opposition to granting trade promotion authority to President Barack Obama to negotiate the Trans-Pacific Partnership.

Christie said while he supported “giving the executive more authority to negotiate trade agreements, I have real concern on giving this president executive trade authority.”

Christie is just the latest 2016 GOP presidential aspirant to come out against trade authority as the Senate is scheduled to vote this week to advance the legislation.

Just two days prior, Sen. Rand Paul told WMUR in New Hampshire that was going to vote no: “I’ve told leadership I’m a ‘no’ vote on trade promotion authority. I’m hesitant to give blanket authority on stuff we haven’t seen.”

A day before that it was Donald Trump, in a joint statement with Americans for Limited Government saying, “Instead of fast tracking TPP, Congress should pass legislation that holds China and Japan accountable for currency manipulation.”

On May 5, former Gov. Mike Huckabee (R-Ark.) made opposition a topic in his campaign announcement speech: “We don’t create good jobs for Americans by entering into unbalanced trade deals that forego congressional scrutiny, and then looking the other way as the law is ignored so that we can import low-wage labor, undercut American workers, and drive wages lower than the Dead Sea.”

On May 1, Gov. Bobby Jindal (R-La.) came out with a hard-hitting statement on the issue: “I am not for giving more authority to a president who ignores the Constitution, the separation of powers, and will of the American people. This particular President must not be given any more power to do anything else to harm this country. He cannot be trusted.”

On April 21, Sen. Lindsey Graham, who is expected to announce his presidential campaign, too, told Politico Pro that he was opposed and planned on voting no: “Not unless they get a better deal on currency, no.”

In the meantime, Americans for Limited Government President Rick Manning warns, “Senate Republicans are risking seats in 2016 in Ohio, Illinois, Indiana, New Hampshire, Pennsylvania and Wisconsin to get the legislation passed, jeopardizing any majority in the Senate a new Republican president might enjoy, and making it harder to win the states he or she will need in order to even get to the White House.”

Which is an important point. How exactly do Republicans intend on winning the White House without, say, Ohio?

A recent poll by Democracy for America found two-thirds of voters less likely to reelect Sen. Rob Portman (R-Ohio) if he comes out in favor of trade promotion authority and the Trans-Pacific Partnership.

How will the vote effect the presidential election there? Are Senate Republicans paying attention?

Maybe Chris Christie, et al. are on to something.

A version of this column was originally published on NetRightDaily.com.