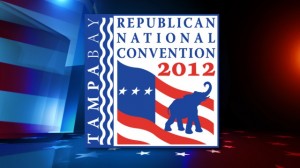 (Frank Ricotta) – For the record, I am not a fervent Ron Paul supporter.

That said, there is much of Dr. Paul’s agenda that I agree with. His fiscal policies would go a long way to addressing many of this Country’s problems. I am also not a fervent Mitt Romney supporter. Being a conservative there is much to be desired in the record of Mitt Romney and the voting record of Paul Ryan.

This is not about who I support in this election; rather, it is about the process of selecting our presidential candidate.

The controversy here is this: My vote at the caucus does not count. The only vote that was important was the election of delegates. I was under the assumption that they were bound, and now as it would seem each delegate is free to vote for whomever they wish. So the nominee will be picked by the election of the delegates who were voted to represent us at the State convention.

Does this not discount the vote of all of the Republicans who attended the caucus and did not support Dr. Paul? This controversy was started with the recent discovery of Rule 38 and its ramifications on the Republican candidate for president. Rule 38 states:

No delegate or alternate delegate shall be bound by any attempt of any state or Congressional district to impose the unit rule. Republican Party Rule Book: www.gop.com/images/legal/2008_RULES_Adopted.pdf

Due to a challenge by a member of the Utah delegation in 2008, the RNC legal counsel offered this opinion:

Jennifer Sheehan, Legal Counsel for the RNC, plainly stated in a letter to Nancy Lord, Utah National Committeewoman, several weeks before the convention, ‘The RNC does not recognize a state’s binding of national delegates, but considers each delegate a free agent who can vote for whoever they choose.’

This would seem to me to suggest the Presidential Candidates in the future will be chosen by a small minority of active Republicans that will pledge to attend the caucus, county convention, State Convention, and elect delegates who pledge to attend the National convention and commit to a particular candidate. This system would discourage participation in the caucus process, which is already very low and concentrates power among a small number of people.

There have been many members of the Nevada Republican Party (myself included) who have spent countless hours working in party politics. In a meeting of the State Central Committee in 2010, we voted on the delegate process for the 2012 elections. After many hours of discussion the committee voted to have a process by which the delegates would be proportioned and committed to the various candidates according to the 2012 caucus straw poll.

There was no knowledge or mention of rule 38, which would in effect render our decisions a moot point.

Now in light of this obscure rule, we are on the verge of discounting the vote of every caucus attendee.

What are we to tell the Republicans who gave up their Saturday morning to attend the caucus to cast their vote for the candidate of their choice? Your vote does not count because we have changed the rules.

No one knows how this controversy will play out. One thing is for sure, we as a party are now making a statement:

N&V StaffAugust 14, 2022
Read More
Scroll for more
Tap
Ryan Greets Well-Wishers Outside Of High School BEFORE Event Begins
Who Is Looking Out for Nevadans?