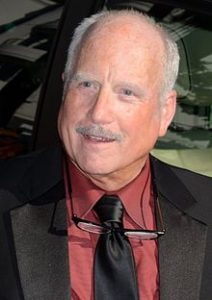 Richard Dreyfuss is a famous American actor. He is at peak of his entertainment career since the 1960’s. (Courtesy: Wikipedia)

On Sunday night, the 68-year-old actor went on a Twitter rant and said he doesn’t blame the Republican presidential candidate’s supporters who are genuinely “struggling,” but attacked those in Hollywood who are backing him.

Dreyfus said he understands the appeal of someone who isn’t politically correct.