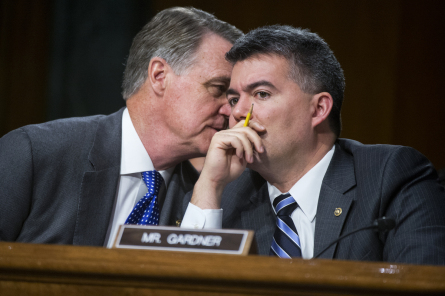 Perdue and Gardner proved exceptions to a rule in 2014. (Photo by Tom Williams, CQ Roll Call)

Jindal thinks the way most conservatives and Republicans do. They generally prefer to focus on individuals (and individual liberty) and decry the Democrats’ interest group view of politics and their emphasis on group membership and equality.

But while railing against “hyphenated Americans” may well resonate with the party faithful, it also shows many Republicans don’t understand how some Americans see themselves and their communities of interest.

In the 1970s and 1980s, organized labor was the Democratic Party’s key “special interest” group, but now the party’s growing electoral strength is based on racial and ethnic groups, younger voters and white liberals. In many ways, “identity politics” now defines the Democratic Party.

Of course, both parties engage in what one Republican political consultant calls “tribalism.”