Time to free community colleges to stand on their own

(Thomas Mitchell) – Study after study have determined the state’s community colleges, especially those in rural Nevada, are getting short shrift under the current Nevada System of Higher Education governance structure.

A year ago a legislative Committee to Conduct an Interim Study Concerning Community Colleges rejected recommendations that the state’s four community colleges — College of Southern Nevada, Great Basin College, Western Nevada College and Truckee Meadow Community College — be placed under a separate system from the universities.

This was despite a study by the Lincy Institute at UNLV that said “the underachievement and underutilization of many of the state’s higher education institutions and their exclusive dependency on state general funds, which for the smaller campuses necessitate an unsustainable level of state subsidization, suggests that a restructuring of higher education administration and governance that empowers localities and builds on the state’s economic efforts is long overdue.” 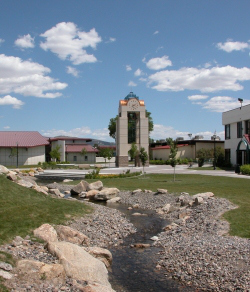 This year, Chancellor Dan Klaich reportedly quashed a study by National Center for Higher Education Management Systems that was highly critical of the current system’s supervision and funding of the community colleges, saying the system “faces a major challenge of addressing policy issues across all missions from the universities to the community colleges.”

Since the recession the budgets of the community colleges have experienced drastic cuts. This year the Legislature passed $5 million in so-called bridge funding to patch over some of the funding shortfalls.

They said a new funding formula shortchanges students at community colleges. “Great Basin College and Western Nevada College must soon absorb budget cuts in excess of 30 percent,” they write. “The temporary ‘bridge’ funding provided by the legislature in June will only ease the inevitable budget devastation by allowing time for faculty and staff to polish their resumes and seek employment elsewhere, while presidents agonize over which services and communities to abandon, which programs to dismantle, and which employees to fire.”

That’s right more than half of Nevada’s college students attend community college, where the professors teach more and are paid less than professors at the universities, often for the very same credited course.

Community college is the only recourse for many students who cannot afford the costly universities or must work full- or part-time or cannot afford to uproot themselves from their rural communities and move to the city.

Closing the community college doors to those students closes the doors to opportunity for better lives and greater contributions to the economy of Nevada.

The Lincy study concluded, “In sum, any dispassionate and objective analysis of the relevant data … indicates that Nevada’s current higher education administration and governance is a poor fit for the state’s residents, businesses, localities, and economic development priorities.”

It is past time to cut the community colleges from the herd and let them take care of themselves instead of playing the role of runts to the universities.