Why the Greece bailout will fail — again

Why the Greece bailout will fail — again
N&V Staff 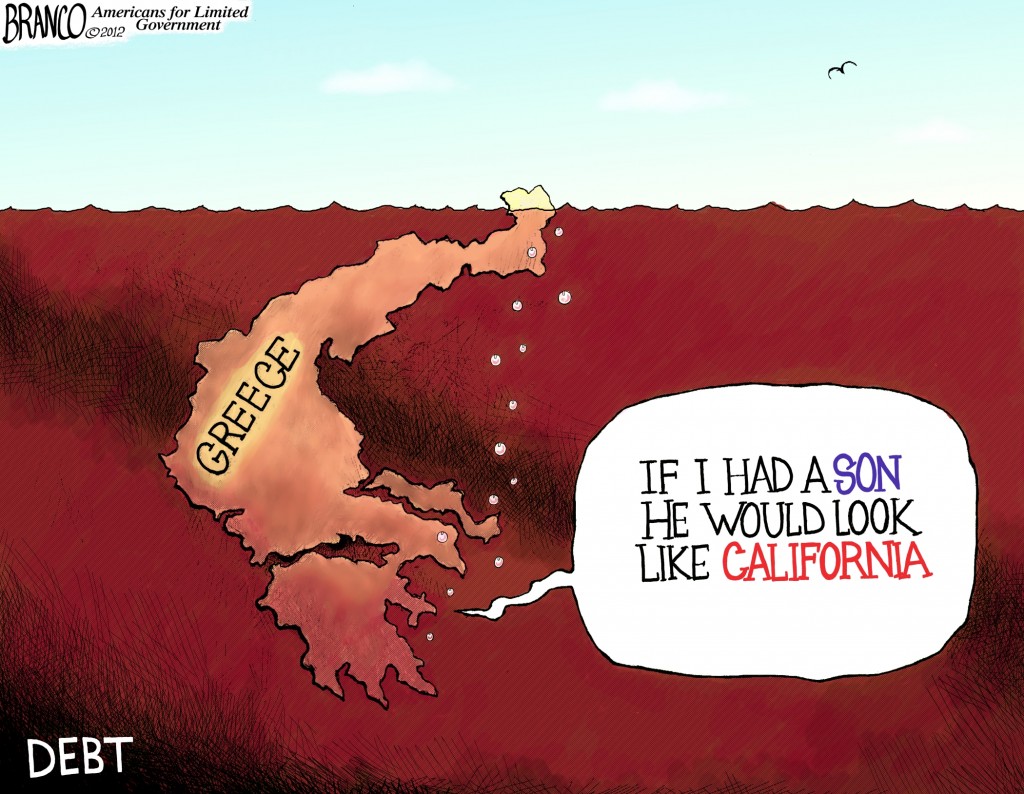 Under immense pressure from creditors in the European Union, the Greek parliament has overwhelmingly voted 229 to 64 to accept another €86-billion bailout.

As a part of the terms, Greece must raise taxes, increase the retirement age, cut pensions, engage in foreclosures, evictions and liquidation on thousands of homes and businesses behind in their payments, and “to put in place a programme, under the auspices of the European Commission, for capacity-building and de-politicizing the Greek administration,” according to the text of the agreement.

These were many of the same terms that Greek voters had overwhelmingly rejected in a referendum on July 5 with 61 percent voting against.

In return, Greece gets to refinance its debt — now totaling €323 billion. It gets to stay in the Eurozone. And Greek banks may be able to reopen as soon as Monday, as the European Central Bank turns back on funding.

But no write-down of Greek debt was agreed to, which had been a key demand of Greece’s ruling party, Syriza. Rejecting the referendum was supposed to strengthen Greek negotiators’ hands. Instead, they got nothing. At least so far.

Such a debt restructuring would come after a partial €100-billion default on some €355-billion of government debt in 2012.

But that barely helped the last time. Again, Greek government debt once again stands at €323 billion, over 175 percent of the country’s Gross Domestic Product.

The real problem is that the economy has been unable to grow, instead contracting an average annual 4.1 percent every year since 2008.

Unemployment is still north of 25 percent.

10-year treasuries are still greater than 10 percent — they had been over 30 percent in 2012 — although have dropped considerably since Greece caved into the European creditor demands.

The reasons for the overall decline, however, are not too hard to understand. Greece finds itself in the same demographic decline — with the working age population slowdown coinciding with the economic downturn — that Japan, the rest of Europe, and even the U.S. finds itself in. 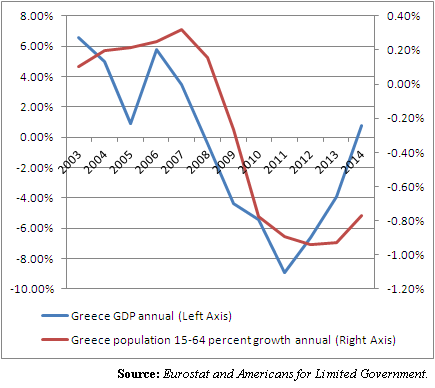 So, just at the time Greece’s tax base is dwindling, their Baby Boomers hit retirement, and the economy is contracting an average 4 percent a year since 2008, European creditors think that’s a swell time raise taxes. It won’t work.

In the meantime, it is hard to see how the current regime in Greece will be able to turn things around. That is, not while it is still trapped in the Eurozone attempting to use overvalued currency to pay an unserviceable debt.

Alternately, it could just leave the common currency, reinstate the drachma, and establish an independent central bank. Then, the debt could be repaid with drachmas, albeit at a significantly discounted exchange rate.

It would be a massive default, but Greece would once again be in sovereign control over its own currency.

Even out of the Eurozone, in order to achieve access to credit markets, Greece would still have to undergo reforms to stabilize its budget and encourage growth, mindful of its demographic challenges.

But in the least it could do so under its own terms that its people’s elected representatives could oversee.

What is clear is that things are terrible in Greece right now. And they’re not getting any better. The only people the bailout will help are Greece’s creditors. So why continue the same thing over and over again expecting a different result?

Greece’s bailout is going to fail again. And when it does, their only salvation will be to reclaim their sovereignty — and their currency.

NetRightDaily.com is a project of Americans for Limited Government. The project, launched in August of 2008, offers a liberty-minded thought on the federal government as well as the threats that exist to individual liberty at all levels of government.

This column was originally published on NetRightDaily.com.