Root: Obama takes the cake as the most reckless gambler I know

Root: Obama takes the cake as the most reckless gambler I know
N&V Staff 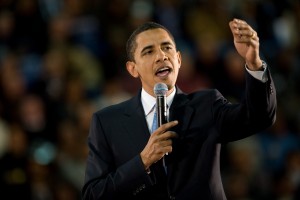 (Wayne Allyn Root) – I may be the only person in America who has achieved success in both politics and gambling. It’s a rare combination.

Long before entering politics and winning election to the 2008 Libertarian Presidential ticket, the national media dubbed me “America’s Oddsmaker” and “the King of Las Vegas Gambling.” I was even awarded my own 180-pound granite star on “The Las Vegas Walk of Stars.” The day it was laid in the sidewalk on Las Vegas Blvd was named “Wayne Root Day” in the State of Nevada by the Governor. So yes, I know a thing or two about gambling.

Over the 32 years I’ve been in the gaming business, I’ve met winners, but many more losers, many pathetic and reckless. The worst of the worst are called “degenerate gamblers.” Degenerates are mentally ill. They are so reckless, so pathetic, that they’ll make idiotic bets with little to no chance of winning.

Degenerate wagers come with huge downsides and little if any upside. President Barack Obama takes the cake as the most degenerate gambler I’ve ever seen. Unfortunately, he’s not betting with his own money. He’s making reckless idiotic bets with your money. And your children’s lives. And your job. Even the health of the U.S. economy is on the line.

Obama is making these reckless, degenerate huge downside bets, with no upside whatsoever. Take his bet on importing thousands of Syrian refugees…and don’t forget to add in about one million other Muslim immigrants over the past 7 years of Obama’s presidency.

What kind of degenerate fool makes a no-win bet with OPM (Other People’s Money)? What’s the upside for Obama’s reckless gamble? Where’s “the win” for America, its citizens and taxpayers?

Is it a “win” if none of these foreigners plots a major terrorist attack to blow America up?

Is it a “win” if only a few of them are criminals or murder someone?

Is it a “win” if only one of them walks onto a “Gun Free” military base (where our soldiers are unarmed sitting ducks) and murders a dozen heroes?

Is it a “win” if only a few of them walk onto a college campus and shoot or stab innocent students?

Is that the “win”? Obama must think so, because that is probably the absolute best outcome Americans can hope for from such a reckless bet.

But even if we get the best possible “win” and only a few of these Muslim refugees or immigrants kills anyone, or attacks a church, or college, or shopping mall, we still lose.

Muslim immigrants in Europe don’t accept western values or assimilate into their adopted countries, leaving them angry, homesick, violent, and heavily dependent on welfare and government handouts. Everyone loses.

The story in America is not much different. Government statistics show 91% of recent Muslim immigrants are on food stamps…72% are on Medicaid…68% are on welfare.

So, the question is why? Why not limit immigration to immigrants who are self-sufficient. Why not let in only those who have a job waiting, or a special set of skills, or come with money in the bank, and no need for welfare or food stamps?

What country already almost $19 trillion in debt welcomes thousands of new immigrants in desperate need of billions of dollars in welfare? As Donald Trump says, only a stupid country.

What’s the upside? Even assuming they don’t blow anyone up, they’ll still raise the debt by half a trillion dollars and cause your income taxes, property taxes and health insurance premiums to go up dramatically.

And the downside? It’s enormous.

In addition to the bankruptcy of America (which is assured, even in the best case), it’s terrorism, death, maiming, and destruction of property.

It’s a possible terrorist attack in New York that could bring Wall Street and the American economy to its knees.

It’s a series of coordinated terrorist attacks at shopping malls that could bring Christmas shopping season to a virtual halt.

Or a series of terrorist attacks in airline terminals across the USA that could cripple the airline and tourist industries.

Or one mass shooting in the lobby of a Vegas casino that could badly damage tourism and conventions in my town.

I haven’t even mentioned the ultimate downside…now that Obama has given Iran and the terrorists it supports a nuclear weapon, what about a nuclear “dirty bomb” set off in a major U.S. city?

Obama’s reckless bet works the same way. This isn’t just a few strangers or neighbors dying or losing their jobs because of radical Islamic terrorism brought to this country by a degenerate gambler. It could be your life, your children’s life, your job on the line.

The importation of Syrian refugees, or Muslim military-age males from any Middle Eastern country, is the worst bet I’ve ever seen. It has 100% downside, with no upside. It’s a reckless bet. It’s a sucker’s bet. Amazingly, Obama is risking your money, your job and your children’s life on his reckless no-win bet.

Oh and it’s a fact those being imported are Muslim and mostly male. Check out the latest statistics. 132 Syrian refugees have been let into America since the Paris terror attack. All 132 are Muslim. Not one Christian. All 132 are Sunni. And a majority are males, mostly military age. This is without a doubt the stupidest bet ever.

That makes Obama the worst degenerate gambler in the history of gambling.