San Andreas Fault Is On The Brink Of A Devastating Earthquake 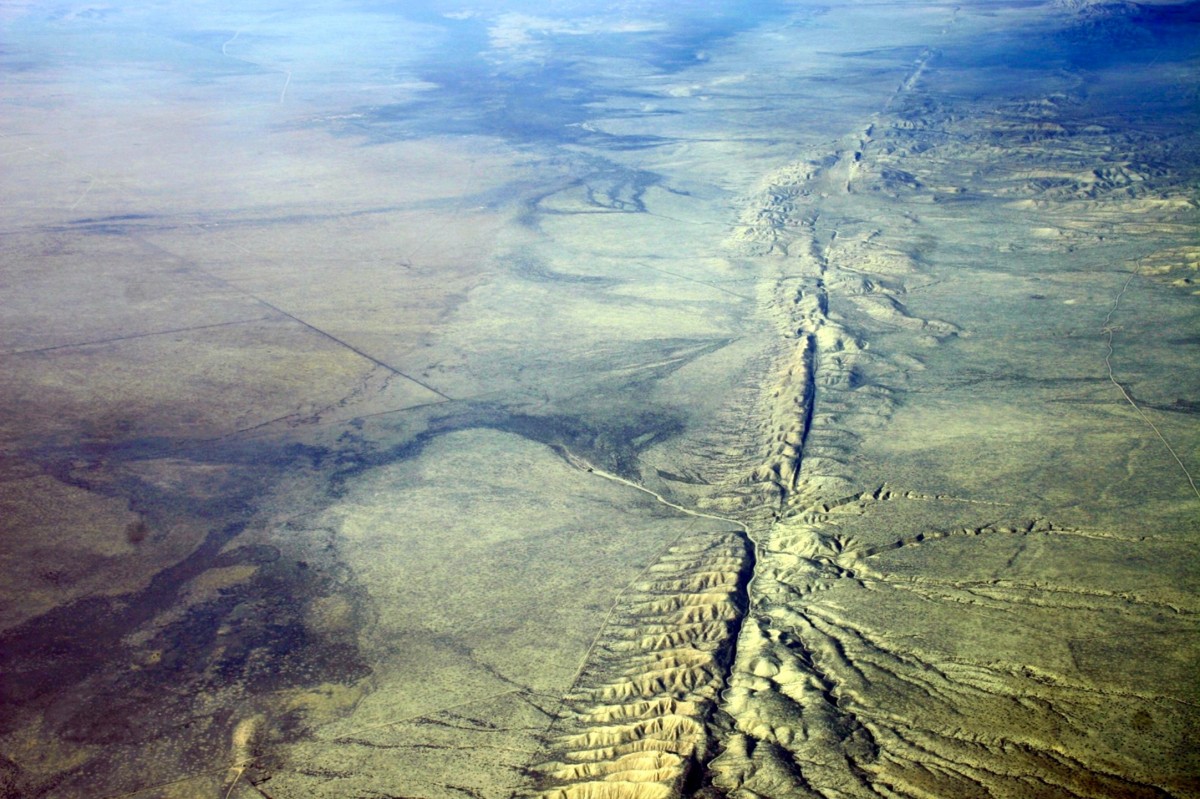 The San Andreas Fault in California is expected to give the state a M8.0 earthquake after an earthquake in 1857 trembled the state at M7.9. (Courtesy: Wikipedia)

(Trevor Nace, Forbes) – A number of earthquake predictions are often released yearly by experts of Seismology over earthquake-prone areas or places where earthquakes could possibly occur. Predictions over San Andreas Fault in California count as one of them.

After experiencing a M7.9 earthquake 159 years ago, California is foreseen to suffer again an earthquake not many days, months or years from now when San Andreas Fault gives in. But this time, it would be bigger at M8.0.

Studies show the plate beneath the fault was estimated to have moved at least 26 feet (two feet per year) since the 1857 earthquake. Thus, a sudden movement that would return the fault position into equilibrium would be more huge.

To mention, U.S. Geological Survey released in 2008 a prediction of M7.8 earthquake along San Andreas Fault. It showed at least 1,800 deaths, 50,000 injuries, and a total of $200 billion damages would result from such earthquake.