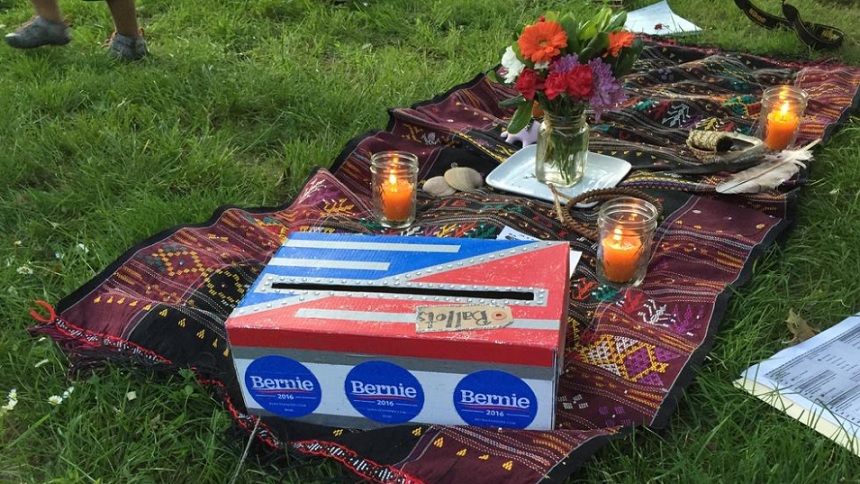 (Chris Megerian, Los Angeles Times) – A supporter of Bernie Sanders from Portland, Oregon leads a rare but most effective campaign in increasing supporters of the senator.

Leigha Lafleur, 41, is encouraging supporters of her presidential bet Sen. Sanders, and even non-supporters of the candidate, to attend at her so-called “Wiccan Ritual.”

Leigha described the ritual as the best means to get rid of the traditional campaign practices to show support to an election candidate, Sanders in particular.

The ritual is initiated with participants whirled with smoke produced from burnt sweeetgrass that is passed gently over them. Leigha then utters the words “Welcome to the ‘Feeling the Bern ritual’.” The participants then gather around a tribal cloth placed on the ground with four candles, flowers, shells, feather, and a small ballot box labeled ‘Bernie’. Each supporter-participant is handed with a replica ballot and given an opportunity to convey the change he wants achieved.

Leigha already advertised the activity in one of Sanders’ volunteer website, which certainly invited a lot of senator’s supporters, including a Tarot reader, a researcher, and a chef, who came in on one occasion of the Wiccan Ritual.