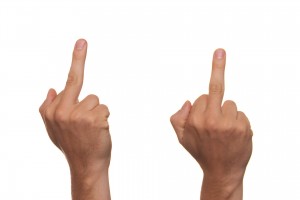 SAGE stands for “Spending and Government Efficiency.”  It was created in May 2008, at the height of the Great Recession.

The appointed commission chairman was Bruce James, a man who was not only a wildly successful businessman in the private sector, but wildly successful in public service and government reform as the Government Printing Officer under President George W. Bush.

The appointed Commission – as described by James in his final report delivered to Gibbons in January 2010 – consisted of “14 senior business leaders with widely different backgrounds, 7 Republicans and 7 Democrats, 10 from the South, 4 from the North, none conflicted by doing business with the State.”

As the Commission’s final report noted…

“This was the strongest, most knowledgeable, most diversified group of business leaders ever brought together as a state commission in Nevada and perhaps in the country.  Collectively, they have hundreds of years of experience in managing complex organizations that must be efficient to survive.”

The Commission’s Executive Director and author of the final report was Frank Partlow, a former Brigadier General in the U.S. Army and founder of the Northern Nevada Network, an association of Nevada CEO’s.

James wrote that Partlow “has devoted most of his life to public service” and “when he says the spending process is broken, we had better pay attention.”

The Commission’s mission, as described by James, was to identify ways of “making our state government smaller and more efficient to avoid the prospect of raising taxes in a declining economy.”

“Families and businesses across the country understand that when short of money, the first step is to examine expenses for possible elimination or reduction, before attempting to generate new revenues,” Partlow wrote in the commission’s final report.  “For governments at all levels, that sort of evaluation is doubly important.”

But rather than dust off and implement the SAGE Commission’s 44 recommendations this year – which were projected to save taxpayers some $2 billion over five years – Sandoval instead shoved $1.4 billion worth of higher taxes down our throat, including a new anti-business gross receipts tax that 80 percent of Nevada voters rejected at the ballot box last year.

And now that the tax-and-spend horse is out of the barn; now that the largest tax hike in state history is in place and driving businesses out of state – NOW the governor announces the creation of SAGE 2.0.

But this isn’t your father’s SAGE Commission.

Indeed, there is only one member of the 12-person group who can be even remotely identified as a movement conservative: John Guedry, CEO of Bank of Nevada, who briefly ran as a Republican candidate for Congress a few years ago.

SAGE 2.0’s appointed chairman is Dale Erquiaga, the governor’s childhood friend, #1 crony, and career bureaucrat whose only known experience in the private sector was as a government affairs lobbyist.

Also appointed was Assemblyman Pat Hickey (Reno-RINO), who is quitting the Legislature rather than face voters next November after voting for Sandoval’s $1.4 billion tax hike.

Hickey’s bona fides include draft-dodging and serving as a top official in a religious cult – the “Moonies” – back in the 1970s and ‘80s.

He was summarily defrocked as Minority Leader of the Republican Assembly Caucus last year after a disastrous 4-month reign during the 2013 legislative session, when he ran point for Sandoval’s $840 million “sunset” tax hike.

Then there’s Glenn Christensen, chairman of the Las Vegas Global Economic Alliance, perhaps the #1 cheerleader in the business community for Sandoval’s $1.4 billion tax.

You see, unlike the original SAGE Commission, where none of the commissioners were “conflicted by doing business with the State,” LVGEA, according to its 2014 Annual Report, gets 1/3 of its operating revenue from “State Funds”!

Rounding out the rather unimpressive group is an employee for a public education foundation, an employee for MGM Resorts, a pastor, a hotel manager, a government affairs lobbyist for a gaming company, and two retired Clark County school district employees.

While Sandoval’s new-and-unimproved SAGE Commission is funded by taxpayer dollars, the original SAGE Commission “did not cost the state a single dollar.”  Indeed, it was 100% self-funded from private sources.

SAGE 2.0 is a joke.  And an insult to the original SAGE Commission and its mission – which, by the way, was accomplished with flying colors.

If Sandoval was really interested in government spending accountability (he’s not), he’d have put at least a couple of real fiscal conservatives on the board.

Or Victor Joecks of the Nevada Policy Research Institute.

Or Geoff Lawrence of the State Controller’s Office.

Or Janine Hansen of Nevada Families.

Now THOSE folks would have tackled government spending and inefficiency!

Instead we get a sham group designed purely for PR and propaganda purposes.

Yet another insult to our collective intelligence by America’s Worst Governor.

(Mr. Muth is president of Citizen Outreach and publisher of NevadaNewsandViews.com.  You can reach him at ChuckMuth.com.