I’m getting a little sick of people who self-identify as “journalists” thinking that they are somehow entitled to more protection than, say, a plumber in Peoria. 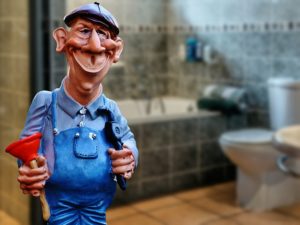 Our constitution guarantees freedom of the press in our country.

It doesn’t, as an example, guarantee the safety of a Saudi citizen in Turkey from his own government simply because that Saudi citizen writes a column for the Washington Post and lives in Washington on a visa when it suites him.

Foreign “journalists”, outside our borders, are simply not covered by the Constitution, any more than we guarantee the safety of Saudi lesbians in Turkey.  And “journalists” within the United States are NOT a protected class—like the Sage Grouse…or the LGBT community.  They are just—exactly—like plumbers in Peoria.  And they get the same physical protection as anyone else.

Put another way, the First Amendment guarantees freedom of the press—not physical protection of “journalists”.

First of all, despite what a rookie Federal Judge said, nobody is entitled to a White House hard pass or an all access NASCAR hard pass or an all access pass to the Super Bowl.  That may have to go all the way to the Supreme Court, but here’s another fact most non “journalists” don’t know:  You do not need to be in the White House press room to cover the White House.  In fact, the laziest people in the business are those who sit around the press room eating what’s free, drinking coffee and looking important.

People who really chase stories develop sources and you can bet that doesn’t happen in full view of the herd.  It happens in places beyond the view of the competition and mostly on the phone.

In fact, full access is almost a prison.  The only thing it really gives a “journalist” is live access to press briefings which, frankly, produce little if any news…except, of course, when a “journalist” makes a complete bozo of himself—like Acosta.

So, for the most part, the Acostas of the world sit around and BS each other.  Which explains the stand-up act at the press conferences.  If not for that, he would have nothing to put forth on AT&T’s Chicken Noodle News Network.

Now at that point, they are not “enemies of the people” but merely bozos who get paid a lot more than the late Bob Bell who actually played Bozo the Clown on WGN in Chicago.

Where they venture into that category is when they start making things up and reporting it as if it were news.

So and so is LEAVING the administration they report breathlessly.

Everybody in the White House is trying to undermine the President is a common refrain.

Two things.  A) Even a stopped clock is right twice a day.  B) There is plenty of REAL news which simply goes unreported…like, deregulation successes.

The first leads to a small number of reports which eventually turn out to be close to correct.  And the second makes them players on the “enemies” team.

And then, there are the overfed and overpaid “journalists” who think they are smarter than the President.  They’re the ones who, as an example, deride the President’s statement that the caravan of Central Americans is an invasion.  Like Acosta did.

And, often, freedom of speech means you are free to make a complete bozo of yourself.  Like Acosta.

But real people in flyover country have a balancing test.

They ask themselves who is the President and what has he accomplished and balance it against the question, would I ever vote for the bozo making a fool of himself by trying to make the President look bad.

I’m just suggesting that someone playing Bozo the Clown with a CNN press credential should go out, find the news and report it as opposed to playing chicken with the most powerful leader in the free world.  Assuming what he reported was true, we might all learn something.

And you don’t need a White House hard pass to do that.