Security Clearances: When Should they be Revoked?

Security Clearances: When Should they be Revoked?
Ron Knecht 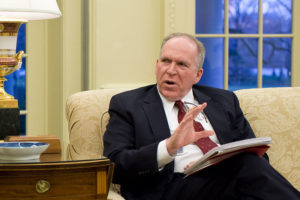 People can argue the politics of this decision until they’re blue (or red) in the face.  The larger issue is: Why would anyone still retain a security clearance after leaving a government position in which they were granted that status?

Every time either of us left a position in the private sector or public service, the first thing that happened was all our clearances, authorizations, passwords, and everything that would help us gain access to information or systems were turned off immediately.  It’s a best practice in both government and private business.

When we have terminated a relationship with employees in the controller’s office, whether by retirement, leaving our team for another state agency, or otherwise, all their secure accesses are terminated within a business day of their departure.  This best practice applies whether the parting is completely amicable or otherwise.

Brennan has proven himself to be a disgruntled former public employee, as evidenced by his MSNBC appearances.  There’s no reason an MSNBC commentator needs a security clearance.  Unless, of course, you are in favor of former public officials monetizing their public service after they depart and thereby continuing to saddle us with the costs and risks.

So, why does it make sense for anyone, including a former CIA Director, former Secretary of State, or anyone for that matter, to retain a security clearance after departing the position?

Our view is straightforward.  Everyone who retires or otherwise separates from service with the federal government should have their security clearances eliminated immediately.  Security clearances for these individuals can be fast-track reinstated if a public interest need arises.  Since they already had clearances, it should be a quick process to reinstate it if needed.

This practice would remove all the politics from the equation.  It would be the same policy for everyone, whether a former president or a terminated agent of the Federal Bureau of Investigation (FBI).

The only exception should be if the individual has agreed, in writing, to remain in a transition capacity to help the new individual taking the position.  This written transition document should be executed as a contract, with specific deliverables, time parameters and constraints, where security clearance would be necessary for the person to assist the transition.

If the departing person doesn’t agree to help with a transition, the security clearance should be shut off before the door hits him in the tail on the way out.

The best question for the liberal socialist crowd and their feigned outrage about Brennan losing his security clearance is: “How long should President Trump, John Bolton, Mike Pompeo, and everyone else who has served the Trump Administration and has a security clearance be allowed to retain it after they leave office?”

We can almost guarantee you their answer will be: “Clearances for any Trump Administration official should be revoked immediately by the incoming president.”

As Brennan and others have demonstrated, retaining that status allows some people who served in the public sector to monetize it by taking a position in the private sector or elsewhere in government.  However, a fast track process for recertification of the security clearance should resolve this issue for a legitimate security purpose – that is, if it serves the public interest, not just their private interests.

Being an MSNBC talking head is not a legitimate purpose for a continued security clearance.  In fact, in the hands of the wrong individual, such as Brennan, it can be devastating to our security.

Eliminating security clearances for everyone departed from a previous administration, along with the clearances of people who have retired or otherwise separated from service in the FBI, CIA, and elsewhere, should be immediate and retroactive.

In today’s world of cyber and other security threats and hyper-partisan ideologues selling out the public interest, it should have happened a long time ago.