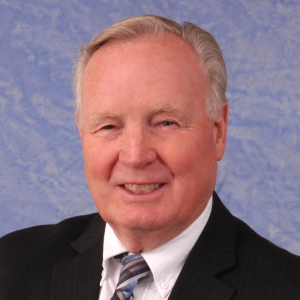 (Sen. Don Gustavson) – This week, Harry Reid took to the Editorial Pages of the Las Vegas Sun and vowed to support President Obama and fight against “policies that make the middle class poorer.”

Yet, in the same article, Reid continued to advocate for one of the most destructive policies facing middle class Americans everywhere. How exactly does Reid think doubling electricity prices help the middle class?

The short answer is that it doesn’t.  In fact, Obama and Reid are asking you to eat electricity price increases of up to 19% to pay for their new carbon plan, and costs are projected to double in 40 states. The worst part may be the most obvious, which is that the middle class and poor are the ones that can afford this plan the least, the very ones Reid, Obama, and the Democrats claim they are trying to help.

I hope everyone sees the irony here. Harry Reid, President Obama, and the Democrats say they are fighting for the middle class, yet, that is who their carbon plan will hurt the most.  Families shouldn’t be forced to choose between feeding their families and keeping the lights on, simply because the administration wants to pursue an extreme climate agenda. However, these are exactly the choices Reid, Obama, and the Democrats will be forcing Nevada families to make.

The truth is the current plan does little to mitigate the myth of climate change. As it stands the plan projects to reduce atmospheric CO2 concentrations by a whopping less than one half of one percent, global average temperature by less than 2/100th of a degree, and limit sea level rise by a mere 1/100th of an inch – the thickness of three sheets of paper.  I find it hard to believe that Nevadan’s would believe that is worth doubling our energy costs.

To get his way, the President ordered EPA to misinterpret the Clean Air Act. Thankfully, more than 20 state attorneys general are preparing to sue EPA over this illegally carbon plan, and I’d urge Attorney General Laxalt to join them. After all, this isn’t just a partisan issue, as just this week, Missouri’s Democrat Attorney General joined the lawsuit against the EPA, but an issue that will cost families dearly if not overturned.

It’s worth asking, is a miniscule change in sea level rise worth putting families further into debt?

Harry Reid and President Obama seem to think so.  However, my guess is that you, like me, don’t. I hope Attorney General Laxalt sees it the same way.

Harry Reid might be all rhetoric when it comes to protecting the middle class, but he is right about one thing.  The Silver State should control its own future. That’s why I urge General Laxalt to stand up and join his colleagues in filing suit against the EPA and the Obama administration’s special interests. Winning this lawsuit against the EPA would not just be a victory for Nevada, but for families everywhere.