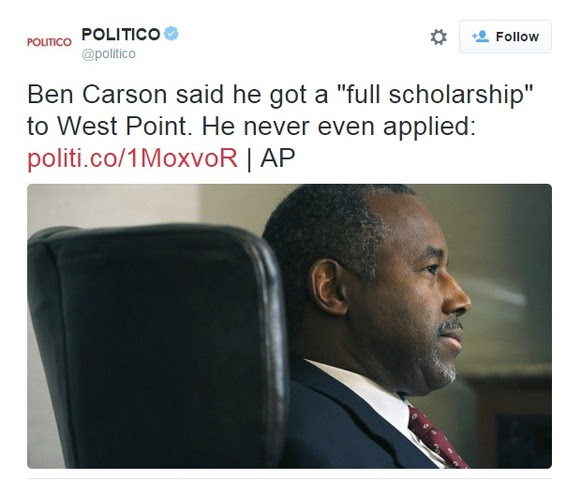 (Ben Shapiro, The Daily Wire) – Never underestimate the capacity of the media to propagandize against Republicans.

That’s the theme of this morning’s overwrought news coverage on Dr. Ben Carson’s supposed “lie” regarding a “scholarship” to West Point. The story began with Politico, which ran with the audacious headline, “Ben Carson admits fabricating West Point scholarship.” Even I was taken in by the headline – after all, that’s a pretty bold claim!

Ben Carson’s campaign on Friday admitted, in a response to an inquiry from POLITICO, that a central point in his inspirational personal story was fabricated: his application and acceptance into the U.S. Military Academy at West Point.

According to Politico, Carson said in his 1992 memoir Gifted Hands that he was offered a “full scholarship” to West Point after dining with General William Westmoreland in 1969. Here’s the relevant passage from Carson’s autobiography:

At the end of my twelfth grade I marched at the head of the Memorial Day parade. I felt so proud, my chest bursting with ribbons and braids of every kind. To make it more wonderful, We had important visitors that day. Two soldiers who had won the Congressional Medal of Honor in Viet Nam were present. More exciting to me, General William Westmoreland (very prominent in the Viet Nam war) attended with an impressive entourage. Afterward, Sgt. Hunt introduced me to General Westmoreland, and I had dinner with him and the Congressional Medal winners. Later I was offered a full scholarship to West Point. I didn’t refuse the scholarship outright, but I let them know that a military career wasn’t where I saw myself going.

That’s the entire relevant portion of Carson’s account. He reiterated that account last month in an interview with Charlie Rose, when he said, “I was offered a full scholarship at West Point, got to meet General Westmoreland and go to Congressional Medal of Honor dinners. But decided really my pathway would be medicine.” 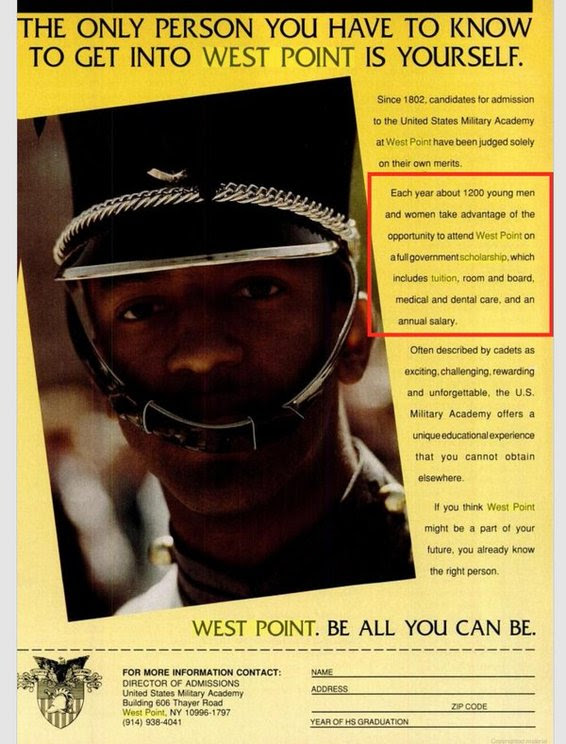