Skipping correspondents’ dinner, Trump will instead rally in Pennsylvania 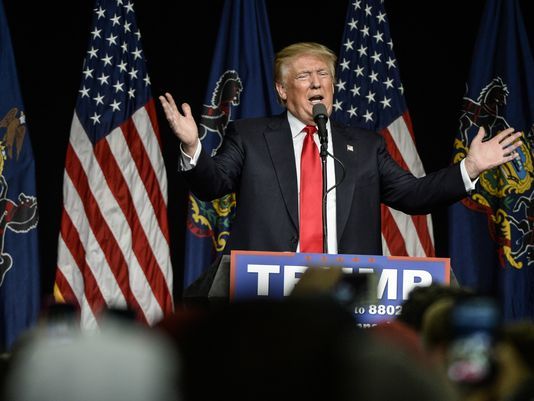 (Gregory Korte, USA Today) – President Trump has chosen to hold a campaign rally in Pennsylvania next Saturday rather than attend the annual dinner of White House correspondents.

“Next Saturday night I will be holding a BIG rally in Pennsylvania. Look forward to it!” Trump tweeted Saturday. His campaign website confirmed the details: A 7:30 p.m. ET rally at the Pennsylvania Farm Show Complex & Expo Center on April 29.

That’s the same time White House correspondents will be sitting down for dinner at the Washington Hilton, an annual event traditionally attended by the president. The last president to skip the dinner was President Reagan in 1981— and that was only because he was still recovering from an assassination attempt.