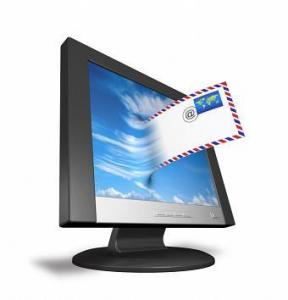 (James Smack) – I am proud to state that I caucused for Ron Paul in both 2008 and 2012, and I am a believer in the Constitutional, Liberty principles that Dr. Paul and those who support him also believe in.   Like you, I was faced with a difficult choice once it became apparent that Dr. Paul was not going to win the nomination: fully support Mitt Romney, or look at other options.

I chose, as Senator Rand Paul did, to fully support Mitt Romney once he secured the nomination. I went on record within a couple of days after Senator Paul, and I will submit to my fellow Ron Paul supporters that I have made the right choice.

Allow me to explain.

The single biggest thing that I hear from supporters of Dr. Paul is “Romney is no better than Obama.” Let me play into that assumption for just a moment, even though I do not share those feelings.

I’ll agree that Mitt Romney does not demonstrate the same Constitutional, Liberty principles that we do. However, I will firmly state that Mitt Romney will be superior to President Obama, if for no other reason than he will be in his first term, not his second term.

I have nightmares about what Obama can do with a second term. Let’s start with the Second Amendment.

Now, I highly doubt that Obama and his cronies will be able to repeal the Second Amendment. However, how far can they water it down? Outlaw assault weapon sales? Outlaw handgun sales via executive order? Outlaw ammunition sales by executive order? You and I both know that, even if the GOP controls both Houses of Congress, they will not be able to override an Obama veto of legislation to repeal his executive orders.

How about internet freedom?

Does anyone really think that a second Obama term is not going to be harmful to our freedom of expression via the internet? If you think that you will have the same freedom of expression on the internet if Obama is re-elected, please pull your head out of the sand. This is one thing that Homeland Security Obama style can’t wait to start attacking, ladies and gentlemen.

The deficit? It is a bipartisan issue that must be addressed, but what will be Obama’s motivation to do so when he never has to face the voters again? I sense none.

A second term Obama is a diabolical proposition to say the least. We will lose our Republic to Liberal Socialism. Obama is licking his chops at the proposition of having four more years of never having to answer to the voters again. He will shape this country in his image, which is an image of European Socialism.

So, Ron Paul supporters, I ask you this: Are you willing to take that chance by either not voting or voting third party?

(Mr. Smack in the Republican National Committeeman for Nevada)