Solar power getting cheaper but still not really competitive 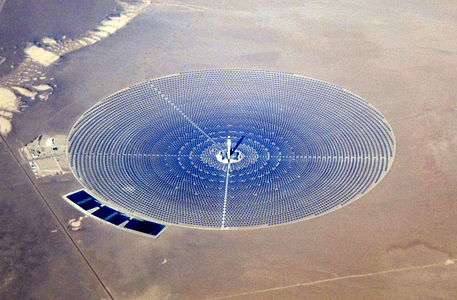 “Power generated from solar plants is cost-competitive with power from traditional, fossil fuel-burning plants, and becoming more cost-competitive every day,” Werner said in an e-mailed statement.

NV Energy agreed to pay 3.87 cents a kilowatt-hour for power from First Solar’s Playa Solar 2 with a 3 percent a year escalating charge — which pencils out to about 5.2 cents over 20 years — and 4.6 cents a kilowatt-hour with no escalator for power from SunPower Corp.’s 100-megawatt Boulder Solar project, according to filings with the Public Utilities Commission of Nevada filings.

Bloomberg’s July 7 story said this past year the utility was paying 13.77 cents a kilowatt-hour for renewable energy. That would be the price for power from the Crescent Dunes project near Tonopah.

“The rapid decline is a sign that solar energy is becoming a mainstream technology with fewer perceived risks. It’s also related to the 70 percent plunge in the price of panels since 2010, and the fact that the project will be built in Nevada, the third sunniest state,” Bloomberg noted.

Both are to be completed by December 2016, according to the Las Vegas Review-Journal today.

What Bloomberg nor the Las Vegas newspaper noted is that at the end of December 2016 the federal investment tax credit for solar power drops from 30 percent to 10 percent. Both sides at the negotiating table know that.

Nor does the cost calculation take into account that most solar projects are built on vast tracts of federal public land that is provided at cut rates.

The R-J did point out that the cheaper solar power will still cost the ratepayers millions more:

In their first year of operation in 2017, the facilities would result in about $25 million in costs to ratepayers. But they would also replace $18 million worth of natural gas that the utility would have to buy if they were not built, resulting in a net cost to customers of $7 million.

Tell me again how competitive solar power is. Take at the tax credits, other subsidies and inexpensive land and it still doesn’t pencil out to the rate payer’s advantage.