Speculations about the National Senate Races 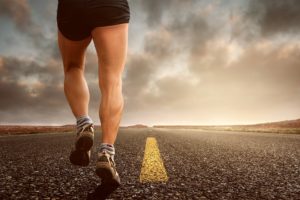 There’s been plenty of chatter recently in the liberal media, leading some to believe that control of the U.S. Senate really is in play during the 2018 election.

As a former Republican national committeeman, James keeps up closely with these things.  As Nevada’s chief nerd (controller), Ron tends to numbers and policy.  So, James wrote the following and Ron knows when to lightly edit his analysis and sign on.

Democrats and their media amen corner think they may control both the House and Senate after the election.  We doubt it, especially in the case of the Senate.

It’s easy to see that if – and it’s a big if – a big blue wave rolls in, the House could be back in Democrat hands.  Every House seat is up for election, and there are enough swing districts in states like New York, New Jersey and California that could change from the Rs to the Ds.

The Senate, however, is very different.  There are 35 seats out of 100 up for election.  Of those, only nine are held by Republicans, with 26 held by Democrats or Independents who caucus with the Democrats.

Among the nine seats held by Republicans, there are only three seats really in play.  The biggest challenge is right here in Nevada, with incumbent Dean Heller being challenged by Jacky Rosen, who has served less than one congressional term as a back-bencher.  Most pollsters, plus Heller’s internal polling, have this race as a tossup.

The second biggest challenge is Arizona, where Democrats had one of the best showings in the 2016 presidential race and the incumbent Republican Senator Jeff Flake is retiring.  This race will be close, but leans toward Republicans in most national polls.

The last possibility for a Democrat pickup?  Tennessee.  Although it will be a tall order for a Democrat to win this, it is an open seat with the retirement of Senator Bob Corker, and both Republicans and Democrats will field viable candidates.  Most national polls have this state also leaning Republican.

The other six races involving Republican controlled seats?  Texas, Nebraska, Wyoming, two in Mississippi, and Utah.  There’s no chance the Democrats will win any of these races, despite noise in the liberal media about Beto O’Rourke’s race against Senator Ted Cruz in Texas.  Cruz will cruise to victory.

So, if Democrats can win all three currently Republican seats for which they stand a chance and can defend all 26 of their incumbents, they will control the senate.

The chances of that happening?  Nearly none.

Why?  Because of races with a Democrat incumbent senator in states won by President Trump.

There are competitive races Republicans can win in West Virginia, Indiana, North Dakota, Florida, Ohio, Missouri, Montana, Pennsylvania, and Wisconsin.  In those states, Democrat efforts and all the soft liberal money will be used on defense more than offense.

The chances that the Democrats can hold onto all of these states in November?  None.

Republicans will almost certainly pick up at least three victories in those nine states.  The most likely pickups will be North Dakota, Indiana and Missouri, with Montana, Wisconsin and Florida also in play.  None of these races rate anything better than a “leans Democrat” in the majority of national polls, and most are rated toss ups.

What does this mean?

Even if the Democrats can pick up seats in Nevada, Arizona and Tennessee – a slim chance – the likelihood that they will lose seats in three other races is so high that it will offset the wins and the Republicans will remain in control of the chamber.

What can we do here in Nevada?

Heller may be in a tight race, but President Trump and the Republican caucus strongly support him.  So, if you support limited government, vote for Heller.  Forget about the “Never Trump” noise Heller made prior to the 2016 election.  He’s been on board, especially in the past several months, with the key points of the Trump agenda.

In sum, the hope for a blue wave that will put the Senate under Democrat control is one we want Democrats to waste their money and resources trying to achieve.  We should let them continue to believe it is possible.