About  Those Concerns about Question 3 and the Nevada Constitution… 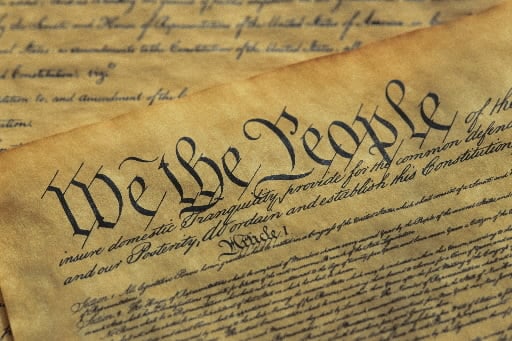 (Chuck Muth) – There are a lot of unanswered questions about Question 3 – the Energy Choice Initiative – which will be on the Nevada ballot in November.  But this week let’s address the 800-pound gorilla in the room; it being a constitutional amendment.

The essence of Question 3 is whether or not selling electricity should be opened to free-market competition or to keep the current government-sanctioned monopoly in place.  And you would think this would be a “no-brainer” for free-market, limited government conservatives.

To be honest, I voted “no” on Q3 in 2016 out of concern about enshrining the measure in the Nevada Constitution.  Frankly this is a matter that *should* be addressed legislatively.  That’s why we elect legislators.  To legislate.

But that’s the problem.  Our Legislature hasn’t done, ain’t doin’ and is unlikely to do its job on this issue.

Now, you’d think the idea of opening the energy market to competition would have been on the GOP’s “to do” list in the 2015 legislative session when Republicans controlled the governor’s office, the State Senate and the State Assembly.

And since the GOP-led Legislature failed to act in 2015, persons interested in ending the energy monopoly and opening the market to competition did the only thing they could: Propose a ballot initiative to amend the Constitution and let the citizens themselves vote on it.

Proponents did everything by the book.  They wrote the language to make sure it wouldn’t be struck down by our courts – which are infamous for killing citizen ballot initiatives – and gathered far more signatures than necessary to qualify the measure for the 2016 ballot.

And the people of Nevada, by a hefty 72 percent, voted for it.  But because this is a constitutional amendment, it has to be voted on again a second time this November in order for it to be approved.

Now, knowing the people overwhelmingly voted for energy choice in 2016 you’d think the Legislature would have taken the hint and done its job by addressing the issue in the 2017 session so as to make the constitutional amendment unnecessary.

Instead – and despite having this Damocles sword hanging over their heads – they once again punted by taking absolutely no action on the issue whatsoever.  So Nevada voters have been left with no choice but to take this matter into their own hands at the ballot box.

But there’s even more to this issue – related to the concern over putting it into our Constitution – that almost no one is talking about:  The actual language.

If approved, the state Constitution would be amended to mandate that “electricity markets be open and competitive so that all electricity customers are afforded meaningful choices among different providers, and that economic and regulatory burdens be minimized in order to promote competition and choices in the electric energy market.”

As a free-market conservative, who can argue with that?  It simply declares you would have a constitutionally protected right to choose your own energy provider rather than being forced to buy your electricity from a government-imposed monopoly.

But the devil, of course, is always in the details.  And opponents of Question 3 argue such details shouldn’t be enshrined in the Constitution.  Fair enough.

“Not later than July 1, 2023, the Legislature shall provide by law for provisions consistent with this Act to establish an open, competitive retail electric energy market, to ensure that protections are established that entitle customers to safe, reliable, and competitively priced electricity, including, but not limited to, provisions that reduce costs to customers, protect against service disconnections and unfair practices, and prohibit the grant of monopolies and exclusive franchises for the generation of electricity.”

In other words, the constitutional amendment simply FORCES Nevada legislators to do their job!

The details won’t be in the Constitution.  The details will be resolved by the people we elect to resolve such details.  And the fact that they’ll be forced, by a constitutional amendment, to do their jobs is no one’s fault but their own.

Still a lot of questions on Question 3 to consider.  But now that I’ve looked at the concerns about it being put in the Constitution a lot deeper, I’m not as concerned with that concern as I once was.

N&V StaffFebruary 21, 2022
Read More
Scroll for more
Tap
Speculations about the National Senate Races
Brennan Voted For A Communist AND Has A Security Clearance