Speed Up, Slowpoke, or Get a Ticket

Speed Up, Slowpoke, or Get a Ticket
N&V Staff 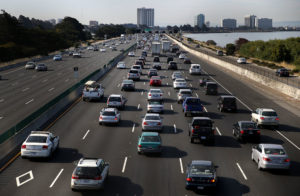 (NIRAJ CHOKSHI, The New York Times) Slowpokes, beware: More states are cracking down on drivers who dawdle in the left lane.

While all states require slow-moving vehicles to keep to the right, laws that went into effect in Tennessee this year, Indiana last year, Georgia in 2014and Florida and New Jersey in 2013 are setting harsher penalties for dawdling drivers.

The new penalties, proponents say, are aimed at reducing congestion, frustration and accidents.

Tennessee is one of the latest states to impose harsher punishments, often also called “slowpoke” or “left-lane courtesy” laws. As of the beginning of this month, slow drivers there face a $50 fine for camping out in the left lane.

“It’s not the speed on the highway that kills as much the weaving in and out of traffic, which is caused by people who impede the flow of traffic,” the bill’s sponsor, State Representative Dan Howell, told The Chattanooga Times Free Press earlier this year.

Since a similar law went into effect in Indiana a year ago, the state police reported issuing 109 tickets and 1,535 warnings, according to WISH-TV, a local news station. That law allows a maximum fine of $500 for unreasonably slow drivers who block the left lane.