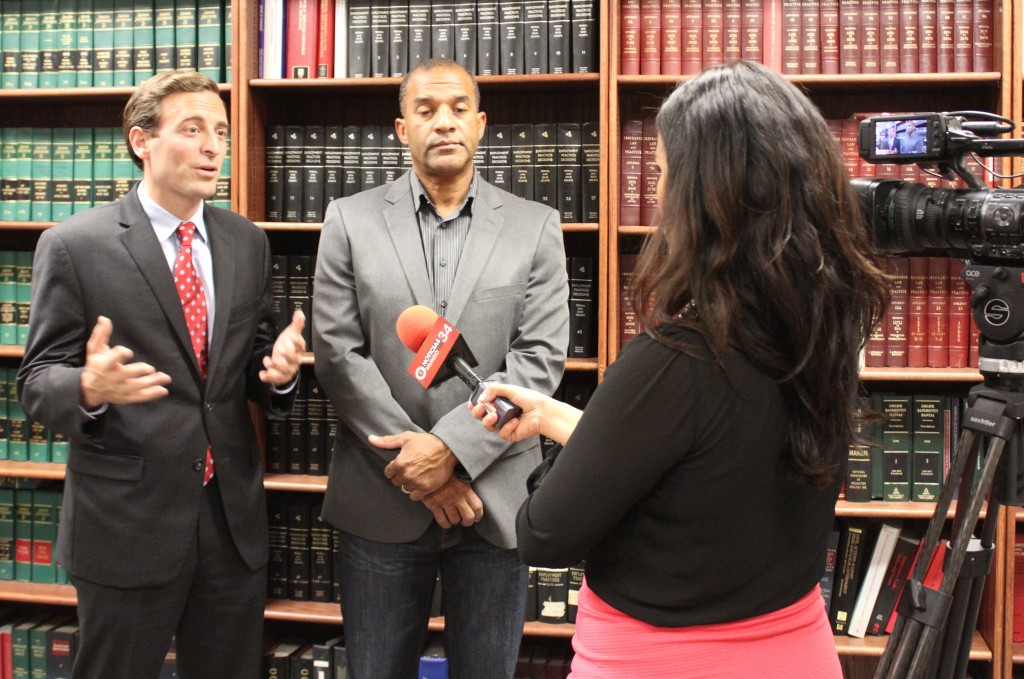 The Attorney General filed an amicus brief with the Supreme Court of the United States, which the Institute’s legal arm — the Center for Justice and Constitutional Litigation — has petitioned to request it hear the Fuentes case. During a press conference Monday morning, Laxalt explained why the State of Nevada is supporting NPRI’s request that the Court reconsider the lower court ruling that unlawfully forces victims of constitutional rights violations to forgo one right to vindicate another.

“For us, the most important thing was to make sure that Mr. Fuentes had his day in court, that he did not have to choose between fundamental rights,” Laxalt said, explaining that the rights the Center for Justice and Constitutional Litigation is trying to protect are the very rights that brought Fuentes and other immigrants to the United States. “People come here to have opportunity and achieve their dreams. If we have a situation where the government is working against one of our citizens instead of with one of our citizens, it’s the perfect opportunity for the Attorney General to use the weight of our state to try to protect one of our citizens.”

On May 27, CJCL filed a Petition for Writ of Certiorari in the Supreme Court asking the justices to reconsider the 2011 ruling in United States v. Tohono O’Odham Nation, which effectively forces the Solid Rock Church to choose between its rights to freely exercise religion and due process and its right to be compensated for a governmental taking of private property.

The church sued the federal government after the government, acting contrary to the First and Fifth Amendments to the Constitution, altered in August 2010 the historic flow pattern of the spring-fed stream that traversed the church’s private property since at least 1881, diverting the flow of water to a higher elevation just outside of the church’s property line.  In so doing, the federal government “took” vested water rights belonging to the church. Making matters worse, on Christmas Eve 2010, coincident to area rainfall, water from the newly diverted stream overflowed its government-engineered channel, flooding and damaging the church camp’s buildings and property with the very spring flow that was both illegally and unconstitutionally diverted away from the church’s property just four months earlier.

Last week, the CATO Institute and the National Association of Reversionary Property Owners filed a joint amicus brief with the court. Of the State of Nevada offering its support to the case, CJCL Director and Chief Legal Officer Joseph Becker issued the following comments:

We’re hoping that, with the help of the State of Nevada and national groups, the Supreme Court will consider this case and create a way for the Solid Rock Church, and all those who have had their rights violated, to be made whole. This is a substantial constitutional question. Congress cannot obliterate constitutional rights through jurisdictional statutes, which it has errantly done in this case.

Fuentes is on the receiving end of illegitimate government action and as a result, according to Laxalt, his “whole life has been damaged.”

“It’s appalling to think that someone would come from Cuba to America for all the rights we have as citizens and then to be in a place like Las Vegas and trying to help the community and have those rights potentially infringed upon,” Laxalt said.