The Donald Trump Impact: Not so Inevitable After All

The Donald Trump Impact: Not so Inevitable After All
N&V Staff 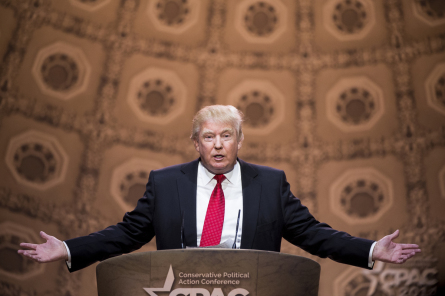 (Stuart Rothenberg of Roll Call) – I was surprised by the near-unanimity over the weekend about the impact of the Donald Trump comments about Mexican immigrants. Almost every disinterested political observer agreed Trump’s typically over-the-top remarks were certain to hurt GOP prospects in the 2016 presidential election.

I am skeptical about that.

Once again, too many observers got caught up in the events of the day and, because of that, failed to put current developments into a larger context, thereby exaggerating Trump’s likely effect on next year’s elections.

Trump’s comments reflected silly stereotypes that demonized an entire people. But he didn’t make millions and become a celebrity by being delicate, humble or otherwise measured in his rhetoric.

He is, as I wrote a few weeks ago, a carnival barker, not a serious, thoughtful observer of American politics and culture. And he isn’t a credible contender for the Republican presidential nomination in this or any other century.