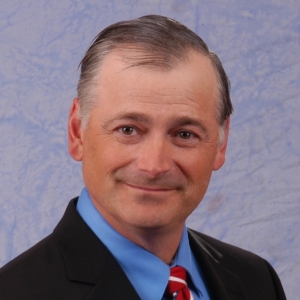 Amodei said last year he would consider running for governor or attorney general in 2018, although he is committed to seeking re-election to Congress this year.

“I have looked at the concept of going elsewhere, a constitutional office or maybe even a congressional (office),” Settelmeyer said on the Nevada Newsmakers TV program in Reno.

Settelmeyer said he is leaving his options open and has not ruled out running for re-election or leaving politics altogether.

“For me, it is a question of waiting and seeing how things play out,” Settelmeyer said. “As long as Mark Amodei wants to continue in that seat, I think he is doing an excellent job.”

“He’s looking at the concept,” Settelmeyer said. “He said if I ran for Congress, he’d run for state senate.”

Besides Amodei, U.S. Sen. Dean Heller, R-Nev., has also said he would consider running on the Republican ticket for governor in 2018. Current Lt. Gov. Mark Hutchison is also considered a GOP gubernatorial prospect in 2018. Former Lt. Gov. Brian Krolicki has also been mentioned as a Republican who might run for governor but has declined to say anything publicly.

POSSIBLE NEVADA PRESIDENTIAL PRIMARY: Settelmeyer also said the idea of moving Nevada’s presidential caucus system to that of a presidential primary will probably be a key issue at the 2018 Legislature. However, it could be Democrats and not Republicans who push the idea, he said.

Currently, Nevada is the only western state among the prestigious “first four” states to have either a presidential caucus or primary before March 1.

Settelmeyer sponsored a bill during the 2015 Legislature that would have changed Nevada’s presidential caucus system to a presidential primary election. It was defeated during the final days of the session because of opposition by Democrats, aided by lobbying efforts by Senate Minority Leader Harry Reid, D-Nev.

“The main resistance I got on that bill was from the other party,” Settelmeyer recalled. “In that respect, I have heard there are three people on the other side who are going to bring forth that bill, supposedly, to change it from a caucus to a primary. So if one of them wants to do that, fantastic. As my (state senate) predecessor, Lynn Hettrick said, ‘Sometimes the trick makes them believe it is their idea and then it will get done.”

Nevada has suffered national criticism because of low turnout and poor organization of its presidential caucuses since 2008. However, the GOP caucus doubled its participation from 2012 to 2016. Concerns have been raised that Nevada’s coveted “first-four” status could be taken away by either the Republican National Committee or Democratic National Committee for 2020, especially if the state changes from a caucus to primary.

Yet, Settelmeyer said the Legislature could dictate the primary’s date by law, ensuring Nevada maintains its early-state status.

“Parties are allowed to do anything they want,” Settelmeyer said. “However, I have asked both of them to do me a favor and show me an example where the legislature of a state dictated that a primary be on a certain date. And show me where they have penalized that state’s (legislative) vote. They can’t show me one, because the legislature makes the decision and in all aspects, you would either punish the Democrats because the Republicans in charge change or vice versa.”

The article was originally published at the Nevada Newsmakers.

N&V StaffOctober 4, 2022
Read More
Scroll for more
Tap
New TV Ad Warns About Dangerous Precedent That Would Be Set by Puerto Rico Debt Legislation
Sen. Sasse: He’s Not a Gym Rat, But He is Wrong