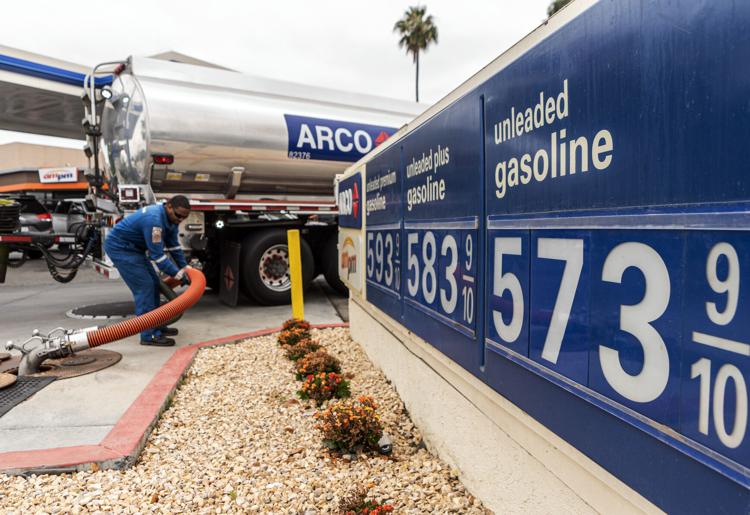 (Dan McCaleb) – The average price of a gallon of gasoline is making a steady march toward $5, a threshold nine states already have breached.

Overnight, gas prices spiked another six cents nationwide, according to AAA. American motorists are paying on average $4.82 a gallon as of Saturday. A week ago, the average was $4.60, but prices have only risen every day since then.

If recent trends continue – and there’s no reason to think they won’t – several other states will join the $5 club soon, including Indiana, Pennsylvania, Maine, Massachusetts, Rhode Island and others.

Diesel gas prices also hit a new record Saturday, reaching a national average price of $5.62. Rising energy costs are in part driving 40-year-high inflation, where the cost of everything, from food to clothing to other household items are rising.

As gas prices rise, consumer consumption is dropping. Consumption has declined at a rate of 3% to 5% the past seven weeks, according to DataTrek, suggesting that the high costs are affecting consumer’s behavior.

The prices have a political cost, as well, drawing fresh criticism for President Joe Biden’s energy policies, in particular his blocking of new oil leases and pipeline development, and other regulations on the oil and gas industry.

“Joe Biden said he can’t ‘click a switch’ to make gas prices go down, but he clicked a switch to make them go up,” said Daniel Turner, executive director of the energy workers advocacy group, Power the Future.

Dan McCaleb is the executive editor of The Center Square. He welcomes your comments. Contact Dan at dmccaleb@thecentersquare.com.