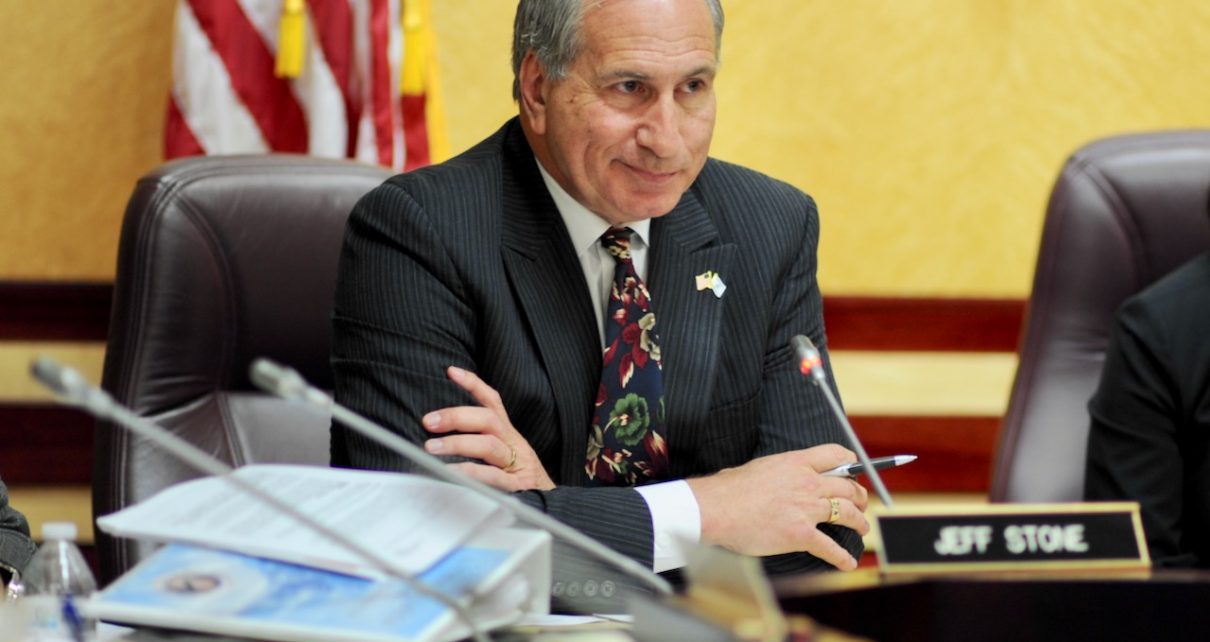 (Jeff Stone) – A State of the Union Address is basically a report card of the current successes , or lack thereof, of the present administration. It should not be platform to be disingenuous of contemporary life in the USA and it’s leadership  abroad as we heard tonight.

I have leaned, as a successful elected official over 27 years, to be truthful with one’s electorate,  and be consistent in one’s  discourse with your electorate.

I believe President Biden failed on the former and the latter.

The opiate epidemic and horrific loss of life due to fentanyl overdoses is primarily due to ‘purposeful lax border enforcement’  and letting opiate smugglers bring fentanyl disguised as heroin into our country killing over 50,000 people in the past year alone!

Yet President Biden blamed physicians tonight for the opiate epidemic which was a ‘slap in the face’ to so many physicians that prescribe FDA approved narcotics to treat severe and debilitating pain. President Biden, STOP using our physicians as “scapegoats” for your failed policies !

He complains about the high price of gasoline at the pumps,  yet his polices, Including stopping the keystone pipeline here at home while promoting and publicly supporting the Nord Stream pipeline between Germany and Russia , along with stopping all gas leases on federal lands,  has certainly caused the exorbitant prices we see today.

One has to wonder if the millions in consultant fees  received by his Son Hunter (he has no knowledge of the petroleum industry) from Russian oligarchs, garnered his blessing for a gas pipeline  from Russia to Europe while killing thousands of energy jobs here at home by killing the Keystone pipeline!

What’s next? China has been given the green light to invade Taiwan, a non-NATO country. It’s also codifies Bashar Assad’s ruthless killing of his own people in Syria while we stand silent to these atrocities.  Yitzhak wrote in a poem  “Never again” which was later adopted to witnessing the atrocities committed by the Nazi’s in WW2,  yet it seems we have indeed forgotten that after witnessing the massacre of innocent civilians in Syria, China , and now in the Ukraine.

Oh, but clean energy like solar and wind and higher labor costs than China will make iron made in the USA cheaper than the iron we buy from China today? What planet is he living on?

My Friends, if there is one important thing I have  learned as an elected official for 27 years, is that ‘public safety’  is my number ONE  property.

Summary: The State of Our Union is in TURMOIL caused by the reckless leadership of a cognitively impaired President with his “incompetent cast of characters” in his cabinet.

On a scale of A thru F, President Biden and his administration deserve an F, failing all Americans  and the millions of patriots that have given the ultimate sacrifice for  the freedoms and liberties we cherish today.

It may be Ukraine today, but if we don’t pivot soon, it could be the USA tomorrow.

The positions I have taken here are my own points  of view only,  albeit,  shared by many.

Mr. Stone is a Republican candidate for Nevada Senate District 20 in Clark County