Study: The high price Nevadans pay for ‘free’ money from the federal government 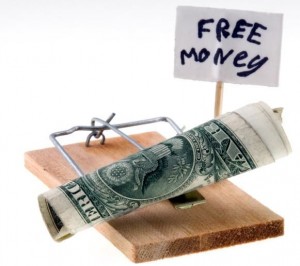 The Nevada Policy Research Institute’s comprehensive study, The Impact of Federal Transfers on State and Local Spending, demonstrates the “ratcheting” effect of federal spending on state budgets. As federal funds pour in to state and local programs through the Affordable Care Act, education programs and stimulus projects, state and local governments find themselves stuck with unexpectedly skyrocketing costs.

NPRI’s adjunct scholar Eric Fruits Ph.D., president of Economics International Corp., used data collected over the last four decades to hone in on the impact federal money has had on state and local governments throughout the country. The results point to a disturbing pattern as the federal government expands transfers to the states.

Every dollar Nevada received from the federal government in 2012 resulted in a state and local tax hike of $0.56. A hypothetical 10 percent increase in the amount of federal transfers would mean approximately $200 million more in spending from state and local own sources — translating to an additional $70 per person in new state and local taxes and charges.

And with Nevada’s governor and legislature embracing the Affordable Care Act’s Medicaid expansions, such tax increases are almost certainly in Nevada’s future, according to Dr. Fruits.

“Importantly, our results suggest that the increases in federal grants to state and local governments associated with [the Affordable Care Act’s] Medicaid expansion will have significant future tax implications at the state and local level,” Dr. Fruits explained.

As the study demonstrates, there’s “no such thing as a free lunch.” It’s something taxpayers should keep in mind next time politicians talk about “free” federal money.