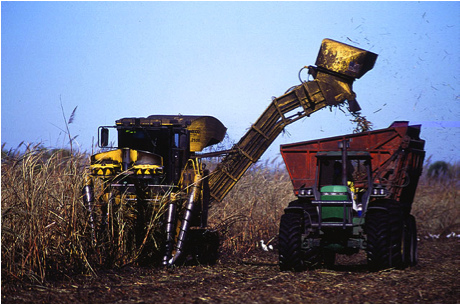 But if that was all that was involved in giving foreign producers a leg up on our domestic producers – well, shame on us and our government.  However…

In some cases the unequal playing field is compounded by other countries adopting policies that unfairly distort the market even further by giving their producers an even bigger and wholly unfair advantage through government subsidies.

According to a recent report in the Bangkok Post…

“Brazil said the Thai government had given support to cane growers and sugar mills that was inconsistent with international trade agreements, allowing the country to win market share at the expense of Brazilian producers.”

In any event, as Congress continues to feel pressure from some quarters to eliminate the current U.S. sugar program, this story is instructive for two reasons…

1.)  It is clear that foreign nations are, in fact, providing government subsidies that give their sugar producers an unfair advantage over U.S. producers who are already hamstrung enough with U.S. government-imposed anvils around their necks.

2.)  Those issues can and should be dealt with at the World Trade Organization before Congress unilaterally disarms the U.S. sugar industry and throws it to the international, government-subsidized wolves.

Florida Rep. Ted Yoho has proposed eliminating the U.S. sugar program in return for the simultaneous elimination of government subsidies for foreign sugar producers.  His “Zero for Zero” proposal is reasonable, responsible and doable.