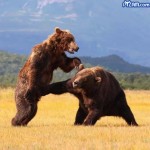 (Chuck Muth) – Uh-oh. I was afraid this was going to happen.

With Harry Reid’s popularity ranking right up there with a root canal and the political winds shifting decidedly to the right, it would seem the only way Republicans could lose to him is if their primary campaign breaks down into a party-splitting back-biting schoolyard mudfest.

Which is exactly where Team Tarkanian appears to want to take it.

It all started just before the holidays when Republican U.S. candidate Danny Tarkanian sent out an attack fundraising email which failed to attribute the words critical of fellow GOP candidate Sue Lowden to a reporter in Washington, DC. Nor did the fundraising piece note the reporter had updated and clarified the earlier attack in a subsequent story.

Disingenuous and misleading….in other words, the sort of thing which should be reserved for Democrats.

Tarkanian followed that up by criticizing Lowden on the Bill Manders Show on KOH-AM 780 last Monday in Reno over her stint as Nevada GOP chairman in 2008.

But what Danny neglected to mention was that he, himself, was the Nevada GOP’s appointed – by Lowden, by the way – southern Nevada “Candidate Recruitment Chairman” that year. (What, you didn’t know Danny was actually part of the GOP “establishment” he’s now railing against?) And every single one of Tarkanaian’s recruits lost – and the GOP lost control of the state Senate and handed the Democrats a veto-proof majority in the Assembly.

It’s also relevant to note that Lowden was elected not once, but twice, to the position of Nevada Republican Party Chairman – an aggravating thankless job if there ever was one. Danny, on the other hand, has never been elected as a party chairman, even on the local level.

It’s also extremely relevant to note that not only has Sue Lowden won two elections for party chairman, but she also won a term in the Nevada State Senate by defeating the incumbent Democrat majority leader in a district with a huge Democrat majority. Danny, on the other hand, has lost each race he’s been in.

Nothing wrong with running and losing. I’ve done so myself. But it’s certainly relevant to ask why, if you’ve never won a tough race for a lower office in the past, voters should think you can win a U.S. Senate race against the Senate Majority Leader now.

This matter or political success and failure is critically important for those of us who wish to dethrone Harry Reid. Because the real debate here isn’t whether the Republican challengers would be better than Harry because ALL of them – except Mike Wiley – certainly would be.

And it isn’t, or at least in my opinion shouldn’t be, a contest to see which candidate is the “most conservative.” Let’s face it, all of the Republican candidates are conservative enough – even Mike Wiley. But again, that’s not the issue.

No, the most important question in this race is: Which of the candidates has the best chance of defeating Harry in November.

Unfortunately, the Tarkanian campaign now seems to believe it would come up short if that’s the question GOP voters ask themselves when they enter the voting booth, so they’ve decided their path to primary victory is to tear Lowden down, not build Danny up. And they’ve decided going all “juvey” (juvenile) to do so is the ticket.

Last week, Team Tarkanian sent out a cutesy all-points-bulletin to reporters “and other interested folks” in which they childishly tried to undermine Lowden with a “Cirque du Soleil” theme.

“We are open to the idea that candidates’ positions can ‘evolve’ over time,” Tarkanian wrote, “but there comes a point where a trend develops with a candidate that needs to be examined more closely. In just the last month, you would have to be a Cirque du Soleil contortionist to keep up with the evolving positions of GOP establishment favorite Sue Lowden.”

What “evolving positions,” you ask?

Well, a year ago when Harry Reid was accused of being a racist for not wanting to seat Roland Burris in Barack Obama’s U.S. Senate seat, Lowden said that while Harry Reid is wrong on 99 out of 100 issues, she’d never known him to be a racist.

Then a week ago, after it was revealed that Reid referred to Obama as “light-skinned” with no detectable “Negro dialect,” Lowden said the remarks were racially-tinged and part of a pattern of Harry Reid saying stupid things. She also stated, correctly, “that this is the kind of behavior we have come to expect from him.”

“So does Sue Lowden think Harry Reid is a racist…or not?” asks Tarkanian with feigned indignation and ignorance.

Um, no. She does not. Lowden has not changed her position or given any indication that she has. She continues to believe that Harry Reid is wrong on almost every issue and regularly says outrageous and stupid things. One need not be a racist to be wrong and stupid.

To suggest that Lowden had somehow changed positions on this matter was a stretch of bungee cord proportions.

And then there’s the Harry Reid contribution brouhaha.

Yes, it’s true that in the 1980s, Sue and her husband donated a total of $8,000 to Harry Reid campaigns over a period of ten years before Harry became such a partisan Washington, DC, pitbull.

The ugly truth is, our elected officials have an awful lot of power to hurt business owners – especially those in Nevada possessing “privileged” gaming licenses. Anyone who knows anything about political reality knows that contributions such as those from the Lowdens back then are usually more “protection” money than genuine support.

Shaking down business owner through implied or explicit threats is as legal in Congress as buying votes for, say, a health care bill. It sucks….but it is what it is.

That being said, any fair-minded person cannot criticize the Lowdens for $8,000 donated to Harry Reid in the 80s without acknowledging the more than $250,000 they have subsequently donated to the Republican Party and/or Republican candidates in the 1990s and 2000s.

And that doesn’t even come close to the in-kind support they and their hotels/resorts have provided, willingly and generously, to the party and its candidates when it came to meeting space and reception rooms.

And finally, Team Tarkanian’s memo went after Lowden for her “evolving” position on abortion.

As Lowden has acknowledged, her position on life issues wasn’t the same in the early 1990s as they are now. Her position has changed over time just as many others in the pro-life movement have changed. Indeed, Norma McCorvey, “Sarah Roe” in the now-infamous Roe v. Wade decision, has become adamantly pro-life since the time of that landmark Supreme Court case.

In fact, it’s not at all unusual for people to change from a pro-choice position to the pro-life position. Many of the nation’s top pro-life leaders were once in favor of abortion rights. And as one of Nevada’s top pro-life leaders said to me recently, “It’s not so much where a candidate was back then, but where they are today that counts.”

In any event, Tarkanian went on to call into question Lowden’s commitment to life, mocking a Lowden statement on her campaign website which states that “my views on abortion will not change should I be fortunate enough to be elected to the U.S. Senate.”

To which Tarkanian responded: “Thanks for that reassurance, but which views?”

Tark added sarcastically: “There’s still time for Sue Lowden to ‘evolve’ back to her original positions, whichever they are. Or instead of waiting for that, you could just buy tickets to Cirque. It’s much more entertaining.”

Nice of Danny to make light of such a serious issue.

But to be fair, when it comes to politics it’s reasonable to question whether or not a candidate has had a true change of heart on an issue or whether it’s mere political expediency. I mean, the same kind of question could legitimately be raised about Danny’s evolving commitment to gun rights since the Brady Campaign, but not the NRA, endorsed his last campaign.

In any event, readers and voters will have to make those kinds of determinations for themselves, but there’s no doubt in my mind about Sue’s commitment to life now, and I’ll tell you why.

This is decidedly NOT something Sue Lowden talks about on the campaign trail – and you can bet it’s because it’s still very painful for her. But I’m not revealing any secrets you couldn’t find via a quick Google search in pointing out that Sue lost her teen-aged son a couple years ago.

Those who know the Lowdens’ background know that Paul and Sue have long been deeply involved with the Muscular Dystrophy Association (MDA) and the annual Jerry Lewis telethon, which was, by the way, broadcast from the Lowdens’ Sahara Resort and Casino on the Strip from 1991 through 1994.

Now consider this blurb from the MDA’s March-April 2005 newsletter:

“The Lowdens’ encounters with families served by MDA became even more meaningful in an unexpected way during a difficult year. In January 2004, their 17-year-old son, Will, died suddenly from a brain seizure.

“The couple, who have three other children, Paul IV, Christopher and Jennifer, looked to the example of parents of children with neuromuscular diseases, Lowden said. ‘Our experience with MDA families, seeing their courage and strength, helped us through this difficult time in our lives,’ she said.

“Additionally, they find comfort knowing that several other people are living now because they donated some of Will’s organs, including his heart to a 16-year-old boy.”

Team Tarkanian wants to question, and make light of, Sue Lowden’s “evolved” respect for and commitment to life? Frankly, they ought to be ashamed of themselves.

Sue Lowden has been battle-tested in both life and politics. She’s enjoyed the fruits of her labor as a very successful business entrepreneur, as well as suffer horrible pain from a personal family loss. In politics, she’s enjoyed both the thrill of victory in 1991, when she defeated the state senate majority leader – and the agony of defeat, when she lost her re-election bid at the hands of a ruthless opponent, the Culinary Union.

Now, Danny, if you think you would make a stronger general election opponent to Harry Reid next November than Sue Lowden, fine. Make your case. But let’s leave this childish “Cirque” political trash talk in the locker room, OK?

(Disclaimer: Accusations by Tarkanian supporters to the contrary, I am NOT being paid by the Lowden campaign in any way, shape, form or fashion….period. Wish it were otherwise; the kids desperately need some new shoes before I get another visit from CPS.

Nor have I tried to hide the fact that I believe Sue Lowden would present the strongest contrast to Harry Reid in November and has the best chance of beating Harry. Unless or until that changes, I’m supporting her candidacy against Harry Reid. This isn’t now, nor has it ever been, a secret.

And finally, I’m not a reporter. I’m a political and public policy commentator and advocate. Anyone who doesn’t understand the difference probably ought not be in this business.)