Thankful to Be Controller and for Many Other Things

Thankful to Be Controller and for Many Other Things
Ron Knecht 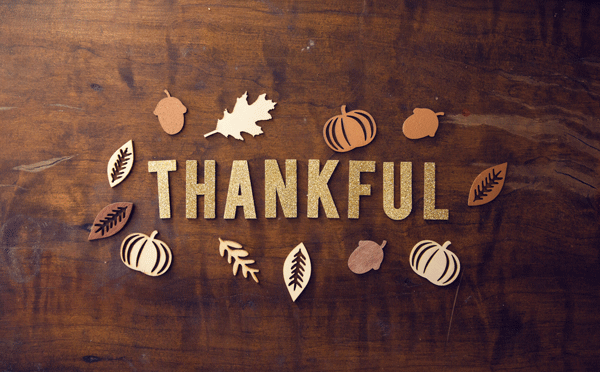 Thanksgiving is a purely American celebration, not observed elsewhere.  A few other societies hold similar observances other times, but we alone will stop this Thursday, gather with our families and friends; savor the beauty, bounty and freedom; the hope, growth and opportunity we enjoy; and simply give thanks for it.  It’s rightly somewhat religious, but also an important expression simply of our joy in life and of our humility.

One thing I recommend to everyone is the Wall Street Journal’s annual pair of pre-Thanksgiving editorials, “The Desolate Wilderness” plus “And the Fair Land.”  The desolate wilderness quotes from the 1620 account of the Pilgrims leaving the old world and coming to the new one, “as recorded by Nathaniel Morton, keeper of the records of Plymouth Colony, based on the account of William Bradford, sometime governor thereof.”  ‘Twas a sad and mournful parting, and a grim and bleak prospect they found here.

The fair land is a magnificent poetic counterpoint penned by former WSJ editorial page editor Vermont Royster in 1961.  He begins, “Any one whose labors take him into the far reaches of the country, as ours lately have done, is bound to mark how the years have made the land grow fruitful.

“This is indeed a big country, a rich country, in a way no array of figures can measure and so in a way past belief of those who have not seen it. Even those who journey through its Northeastern complex, into the Southern lands, across the central plains and to its Western slopes can only glimpse a measure of the bounty of America.”

He ends, “We can remind ourselves that for all our social discord we yet remain the longest enduring society of free men governing themselves without benefit of kings or dictators.  Being so, we are the marvel and the mystery of the world, for that enduring liberty is no less a blessing than the abundance of the earth.”

“And we might remind ourselves also, that if those men setting out from Delftshaven had been daunted by the troubles they saw around them, then we could not this autumn be thankful for a fair land.”

For four years, these two pieces, framed, have adorned the entrance to my office.  The office I leave January 7, 2019.  I hope they have communicated to all who enter a profound sense of wonder, purpose and great joy.  For that is what I have felt about the opportunity to serve the people of Nevada as state controller.

On election night, I called my re-election opponent Catherine Byrne to congratulate her on running a clean campaign and on her victory, and to convey my best wishes to her.  I told her we would effect a smooth transition.

The controller’s staff has done a great job these four years, and I salute and thank them for it.  A curmudgeonly reporter often told me the only way we’d ever make news is if we messed up something.  We haven’t made any such news.  The team has done a fine job, and so we are leaving the office better than we found it, as is our duty.  It has been an honor to lead and work with them.

In 13 political races I’ve run clean and substantive campaigns.  I’m proud of that.  Also of the job we’ve done taking care of the daily ministerial duties of the office and running it efficiently, cutting the budget, etc.  And especially for pioneering new frontiers in openness, transparency and accountability, all as promised.

If she wants them, I will bequeath the framed pieces to Catherine.

Serving as controller has been a great honor and joy for which I will be eternally thankful to the people of Nevada and which our family will celebrate this Thanksgiving.

Finally, I’ll celebrate, as always, the two greatest joys in my life, my wife Kathy and our daughter Karyn.  I am thankful too for Kathy’s mom, who recently departed for Heaven, and for all in our families.

And for you, my readers.  Happy Thanksgiving.