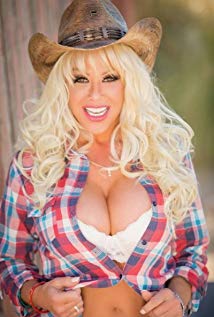 (Chuck Muth) – Nevada is home to three of the most elite flight teams in the world: The Thunderbirds at Nellis Air Force Base outside Las Vegas, the Blue Angels at the Fallon Naval Air Station outside Reno and…the Pink Bunnies at the world-famous Moonlite Bunny Ranch brothel outside Carson City.

And while their feet don’t actually leave the ground – except during some highly-specialized demonstration maneuvers (wink, wink) – they can take you on an adventure that’ll leave you feeling sky-high.

The high-octane veteran flight commander of the Pink Bunnies is ironically named “Air Force” Amy, thanks to her stint in the United States Air Force before launching her storied career in 1990 as a legal courtesan at the Chicken Ranch brothel outside Las Vegas.

“You should have seen the eyes of the boys at the recruiting station the day I walked in,” Amy reminisces.  “I was 17-years-old, in high heels, a mini-skirt, tight top, long nails, bright lipstick, flaming red hair and a come-take-me attitude from hell.”

“When they asked me what I could do,” Amy continues, “I got up from my chair, adjusted my skirt, tussled my hair, blew a kiss, swayed my body back and forth and said, in my coyest voice, ‘I can dance.’

“One of the young men managed to pick his jaw up from the floor long enough to exclaim, ‘You’ll do EXTREMELY well in the military!’”

But Amy, despite her obvious attributes, wasn’t just some pretty face.

During her multiple tours of duty, Amy was an Air Base Ground Defense Instructor and Anti-Terrorism Specialist.  She received the highly distinguished Meritorious Service Medal along with other awards, including “Airman of the Year” and the “John Levitow Award,” the highest academic award achievable.

Interestingly, she was also on the security detail that escorted former President Ferdinand Marcos of the Philippines out of the country after his government was overthrown in 1986.

Amy finished out her military career at Nellis Air Force Base with an Honorable Discharge in 1990 and immediately launched her new career as a legal courtesan, model, actress and cover girl.

“I decided on ‘Air Force Amy’ as my stage name because I’m so proud of my service to our country and because so many of my early clients were USAF veterans, as well,” Amy explains.  “I know, crazy idea.  But it made sense to me at the time and the name sure has stuck in the minds of legions of fans.”

Amy toiled at and perfected her craft in a string of legal brothels in Nevada for ten years before hooking up with Dennis Hof, late proprietor of the Moonlite Bunny Ranch, where she’s an 11-time “Bunny of the Year” recipient.

She’s also been named northern Nevada’s “Best Legal Prostitute” and Las Vegas’ “Best Bang for the Buck,” leading MSNBC to refer to her as “a living legend in the world of sex.”

“Air Force Amy” reached stardom thanks to her appearances on Hof’s highly-acclaimed reality TV series, “Cathouse” – which debuted on HBO on December 8, 2002 in the time slot immediately following that season’s ending episode of “The Sopranos.”

Amy’s “Cathouse” fame led to a flood of mainstream radio, TV, magazine and newspaper interviews which, in turn, made “Air Force Amy” a household name.

“I’m the most publicized legal courtesan on the planet,” Amy declares proudly.  “I’m best known for my beauty, my love of life, my humor and my down-to-earth live-and-let-live attitude.  I’m the Michael Jordon of my trade and the Muhammad Ali of my profession.”

But again, she’s not just a pretty face.

In other words, she’s a bona fide, card-carrying “sexpert.”

“I am the one and only Air Force Amy,” Air Force Amy proudly boasts.  “The #1 all-time legal sex professional in Nevada, the greatest s*ho*w on earth, an entertainer extraordinaire – and the best sex you will ever have.”

Where do we enlist?

(Mr. Muth is a self-syndicated freelance writer and publisher of Nevada News & Views)

Now on Netflix: “Get Me Roger Stone”

N&V StaffMay 15, 2017
Read More
Scroll for more
Tap
Thankful to Be Controller and for Many Other Things
Quarter-Cent Tax Scam Needs a Wooden Stake Through Its Heart