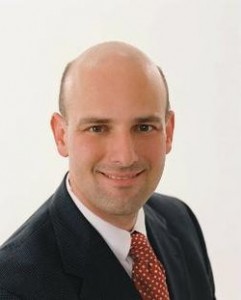 (Robert Skrob) – Once you build a large fire, the coals will stay warm for hours as you leisurely cook your favorite campfire meal. You can relax and enjoy the fire, tending to it periodically to maintain its heat. But it’s impossible to start a fire without kindling.

Job one of campfire building is to gather kindling, small sticks and leaves that catch fire easily. You must gather a large amount of kindling, especially when you have only a few matches to start your fire. With just a few matches, you can’t afford to waste any flame. Kindling is easy to light and creates a large flame quickly.

As the fire grows to a few inches tall, you continue to feed it kindling, but at the same time, you transition to larger sticks. As these sticks start to burn and your fire grows to be a foot tall, you add much thicker sticks. Then as those thicker sticks start to burn, you put on the logs that will catch fire, burn and ultimately become hot coals that will smolder for hours. That’s when maintaining the fire transitions from being a lot of work to being something you can use to cook an entire meal.

Imagine for a moment trying to manage a fire made only of kindling. You’d be extremely busy trying to gather enough twigs and leaves to maintain the flame. Cooking would be an almost impossible job as you tried to maintain the volume of kindling to keep the fire going while also trying to tend to the food.

I have a coaching client who has built his business to $5 million in just three years. His marketing systems are brilliant. He’s selling in an industry with traditionally low margins, but because of his marketing process and the way he sources the materials for his product out of Asia, he’s able to make a 70 percent margin on his product when the industry’s average is less than 10 to 15 percent.

You may be surprised to hear that he wants out. His business has gotten complicated. He hates his five salespeople. His best salesperson, instead of appreciating the fact that he’s earning close to $200,000.00 a year, has become a jerk who complains daily if not hourly. His client fulfillment team just wasted a bunch of money by making a big mistake. That mistake made a big difference in how much cash was available to pull out of the business this year. My client has some real headaches.

The problem is he is trying to run his business as if he were building a campfire with only kindling.

When your business is small, you have to do everything yourself. Your genius, your work ethic and your adaptability turn your idea into money. In much the same way as kindling is easy to light and creates a bright flame, your entrepreneurial spirit is essential to turning your idea into quick money.

But if you try to cook a meal over a fire of only kindling, you are going to be extremely busy trying to gather enough kindling while tending that fire. Instead, you must transition.

I just finished putting on a weeklong training program for Harley-Davidson dealers. My role was to design the curriculum, hire the trainers and promote the classes. I didn’t have to deliver the actual training classes. For the Harley-Dealers, I’m acting similar to a book publisher who finds authors to produce content the publisher can sell.

Over the course of one week, we provided training for sales managers, service managers, marketing directors and general managers/CEOs of the dealerships. Most Harley-Davidson dealerships are run by true sales and service professionals. They’ve been at their jobs for 20 or more years, motivating people, keeping up with production and making sure they hit their numbers so the dealership can achieve its profit goals.

Those Harley sales and service managers are the equivalent of the big logs in your campfire. The big logs allow you to take a break from tending the fire so you can prepare your meal. Without the big logs, you have to work a lot harder. With them, you can cook a meal or sit back and relax. Either way, those big logs allow the fire to burn for hours, with just a little tending now and again.

Unlike the Harley-Davidson dealerships I worked with, the client I mentioned earlier doesn’t have professional managers in his business. So now he is seriously considering selling his multi-million dollar, 70% margin company. The problems are extremely frustrating, and he’s ready to get out. But perhaps he just needs to add a log or two to his campfire.

In the interests of full disclosure, hiring managers brings its own set of problems. First of all, how do you pay for them? Even though my client’s business is profitable, a lot of the profits have to be reinvested into his company to keep it growing. The solution to this problem is good timing.

In a campfire, you place the larger logs onto the smaller sticks only after the fire has become established. Once those larger logs begin to burn, the fire will continue to grow. Likewise, in a business, you have to bring in professional department managers when it’s time. Then you set targets for them and let them do their jobs. You’ll quickly discover that as they focus on their departments, the business will grow more quickly than it could have without them.

As the owner, you are focused on 100 different things. Your sales manager can focus on the sales department full-time. Salespeople can get the oversight, training and motivation they need. Plus, your manager can hire and oversee more salespeople so production can increase. On the production side, a professional manager can quickly recoup the expense of his or her salary in efficiency and better oversight, preventing costly mistakes and waste of your materials.

It’s well known that the $5 million revenue mark is a turning point for a business. It’s the point where the business is becoming too large for the business owner to run alone. Throughout the company’s start-up, the business owner has known everything that’s going on and has had a finger in every decision. But at $5 million, that becomes impossible. That is when the business must make a fundamental change.

Often this transition is difficult for entrepreneurs to make. Many feel like they should be able to do it themselves, as if it’s almost a failure to admit they need help. Hey, this is nothing but a natural transition. And the best part is the business will be easier and more fun to run afterward the transition. It will certainly continue to be work, especially if you keep growing, but at least you won’t be personally dealing with difficult salespeople and their complaints. You’ll have a manager to answer those emails.

The entrepreneurial spirit is essential to get a business moving, just like kindling is essential to start a fire. Yet as the fire grows, you have to transition from using kindling, adding larger sticks and eventually logs.

It is the same in your business. Take the big step with confidence. Embrace the new skills you’ll learn, most notably people management instead of project management. And enjoy the ride–because once you make this transition, your business can grow like a wildfire.

(Mr. Skrob started his first business when he was 23 years old. He’s a “serial entrepreneur” who has owned businesses with as many as 21 employees. Today, while his company Membership Services Inc. employs six, he also owns several businesses that he operates without any employees.  Robert’s free report reveals the exact steps to recruit, ascend and retain your members, www.MemberRetentionReport.com.)

N&V StaffJuly 6, 2022
Read More
Scroll for more
Tap
Indian Sugar Program “Helping” Farmers to Death
How to Start Your Own Home Business After 50