The Epic Train Wreck that is the Clark County GOP Chief 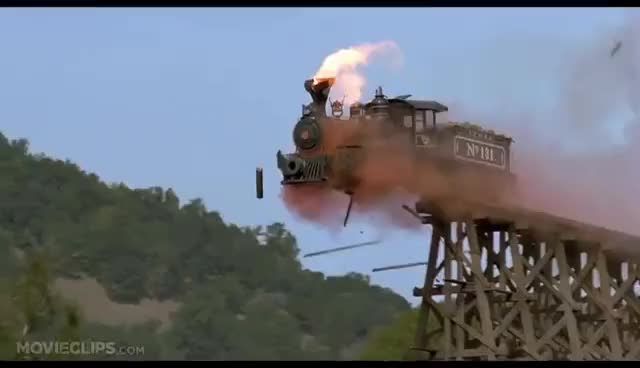 (Chuck Muth) – I wrote about the stumbling, bumbling actions of Clark County Republican Party Chairman David Sajdak back in June (here and here) after he threw Nevada Republican National Committeewoman and Las Vegas City Councilwoman Michele Fiore under the bus at the county convention at the Ahern Hotel.

As a former party chairman myself, I usually give GREAT deference to anyone elected to this thankless, non-paid position.  But between his Fiore debacle, his support for all-mail ballot elections, and his total bungling of the 2020 campaign cycle – this guy’s totally lost me.

And I’m not alone…

Earlier this week I was forwarded an extensive email from David Tilem, a Republican grassroots activist, who similarly is at wit’s end with the mismanagement of Chairman Sajdak.  An excerpt…

“The current CCRP Chair is David Sajdak.  His election was followed by an initial rush of good-will, enthusiasm, optimism and support from many of us.  Membership began to increase and he was even able to stimulate some modest fund-raising, but things have steadily gone downhill from there.

“While some of the blame clearly lies with the pandemic, a lot does not.  A negative trend had set in well before March, 2020.  Meetings disintegrated into raucous debates about insignificant procedural matters such as disputes over membership.

“Other members of his chosen management team, including the Treasurer, the Precinct Chair, the Political Director and most recently the Vice-Chair, have all resigned or been asked to step down with some of those positions turning over on multiple occasions.

“Membership is falling to embarrassing levels – which may explain in part why the last 2 meetings have been cancelled.  Fund-raising has dried up and candidates have been left to fend for themselves.

“Why has this happened?  While there is no clear answer, Mr. Sajdak runs the CCRP in a mercurial and autocratic manner.  He has alienated and spurned scores of potential dedicated party activists.

“Unable to ignore even the hint of an occasional, inadvertent or even unintended personal slight, the Chair immediately reacts to ‘de-friend’, discredit and disenfranchise any perceived offender.  Not only have elected officers resigned, but many others with energy and enthusiasm have been asked to leave without explanation.

“Having endured such treatment, many no longer support the organization.  Some have chosen to work for specific candidates, others have started new organizations, some blog, but a significant number have simply stop participating altogether. … Under this Chair, CCRP is well on its way to extinction as a functioning organization if it has not already disappeared.

“The Chair, as did his predecessors, has argued that he lacks funding to accomplish much of anything.  This is a problem largely of his own making.  Instead of creating and building a growing organization, he discourages initiative, sees mutineers around every corner and has alienated may Republican loyalists.

“We have many affluent conservatives in Clark County, including some very wealthy people, but which of them wants to contribute to a flailing or even worse, a failing organization?   People want to contribute to winners, not organizations bleeding talent and membership.”

That last part about driving off potential major donors isn’t just idle speculation.  Get this…

Don Ahern is one of the most successful businessmen in all of Nevada.  And over the past few weeks he’s hosted a pair of Trump rallies at his Ahern Hotel in Las Vegas for which Gov. Sisolak’s bureaucrat minions have fined him thousands of dollars.

Mr. Ahern has similarly hosted, when others refused to do so, a variety of other conservative and GOP gatherings at the risk of fines and citations – including Sajdak’s county convention back in June.

Sajdak showed up and hogged the mic during Sen. Cruz’s Q&A session.

Afterward, he ran into Mr. Ahern.  Mr. Ahern then proceeded to grill Sajdak about what he did to Ms. Fiore back in June.

Sajdak got, to say the least, defensive…and then outright belligerent.

At which point Mr. Ahern called security and had him thrown off the property!

But you know what?

The members of the Clark County Republican Central Committee elected this bozo.  And despite incontrovertible evidence that the guy is a complete disaster doing irreparable harm to the organization, they’ve refused to reign him in or kick him out.

So the Central Committee members own this fuster-cluck.

Question is: What are they gonna do about it?

If history is any guide, probably nothing.

Seems I’m not the only one NOT supporting the GOP candidate for Assembly District 23 (Clark).

Hoge is a former conservative California state legislator, but he moved here long ago as a refugee, not a missionary.

What a wonderful upset this would be for Nevada conservatives!

New, updates to my personal recommendations have been posted – including all of the non-Clark County endorsements by Sen. Gustavson’s Liberty PAC.