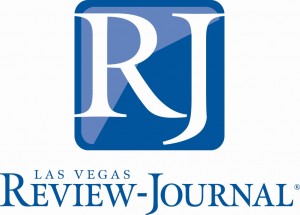 Did Harry Reid abuse his power to get rid of political opponents? We may never know…

(Chuck Muth) – Media folks all across the U.S. continue to bestow cuddles and kudos upon the reporters at the Las Vegas Review-Journal who dug around and uncovered the fact that the anonymous buyer of the newspaper earlier this month was Sheldon Adelson.

They’ve been lauded for their bravery and courage in “outing” the conservative casino executive, owner of the Venetian and Palazzo resorts on the Strip; for risking possible disciplinary action or even losing their jobs because the public supposedly has a “right to know.”

Then riddle me this, Batman…

Nothing unusual or outrageous about that.

After all, Vegas’ step-sister insert paper, the Las Vegas Sun, was “all in” for Reid over Angle.

Indeed, newspapers from sea to shining sea have a philosophical bent (usually liberal) and endorse candidates (without filing campaign finance disclosure reports, I might add).

As we all remember, Angle ran a disastrous campaign and was soundly thumped by The Reid Machine.

(And don’t even TRY telling me the race was “stolen.”  Angle blew it, plain and simple.  Case closed.)

But here’s where the story actually got interesting…

Not long after the election results were made official, the RJ cashiered its conservative publisher, Sherm Frederick, and purged the editorial department of several well-known, well-established and highly-respected professional editors – including Tom Mitchell, John Kerr and Vin Suprynowicz.

Does anyone really think that was all just a coincidence?

Where were the brave and courageous reporters and news staff on THAT story?

Didn’t the public have the right to know whether or not a powerful politician pulled some strings or made some threats to the paper’s owners which forced them to “cleanse” the RJ’s editorial department?

I, for one, am far more concerned with the possibility that a United States senator might have abused the power of his elected position to interfere with the independence of a major American newspaper than whether or not a casino executive bought the same paper.

The Fourth Estate is supposed to hold the feet of our elected officials to the fire…not the other way around.

Where were all these Woodward & Bernsteins back in 2011?

Where was THAT story by the RJ’s intrepid, fearless reporters?

Apparently, the public will never know.

That said, it’s water over the bridge and under the dam.

Or as Hillary would say, what does it matter now anyway, right?

Ever since “The Purge,” the RJ’s editorial page has drifted decidedly leftward – including nominal support for Gov. Brian Sandoval’s largest tax hike in Nevada history earlier this year.

The paper is no longer decidedly, consistently and dependably conservative in a world of liberal media bias.

As such, I don’t really care who owns the paper.  I just want to see it return to its conservative/libertarian roots.

After all, if you want liberal pap and pabulum, the RJ still delivers the Sun.