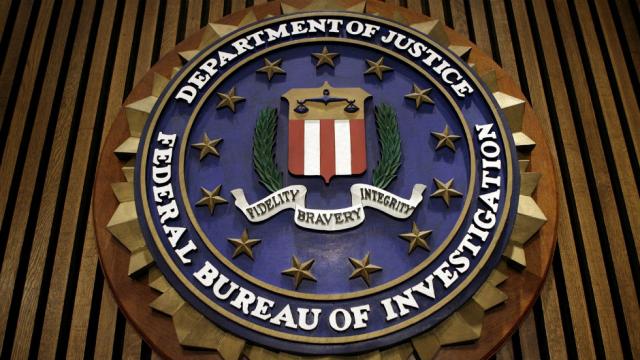 (Chuck Muth) – There are countless movies about Las Vegas that are “based on a true story.”  And the shocking story about how a rogue FBI agent conspired with the media and hunted down a legendary Las Vegas sports bettor, Billy Walters, for “insider trading” would ordinarily make a great script.  Except…

It’s sort of already been done.

The true Walters’ story is practically a  cloned script of Sydney Pollack’s fictional 1981 “Absence of Malice” film starring Paul Newman.  In the movie, an unscrupulous and overly-aggressive federal investigator’s investigation was going nowhere.  So he leaked information to a reporter indicating that a liquor wholesaler, played by Newman, was a subject of the investigation, hoping the publicity would squeeze Newman into coughing up information he thought Newman might have on the cold case.

In addition to illegal press leaks, the plot includes collusion between the federal investigator and local prosecutors, phone taps, surveillance, political ambition and headline-grabbing press conferences.  All of which is part of the Walters story, which would make one heckuva a Vegas-themed “Absence of Malice II” sequel 36 years later.

In 2011, the FBI’s infamous “white collar” crime unit in New York opened an investigation for “insider trading” against Walters and investor Karl Icahn over some Clorox stock purchases.  But as the Wall Street Journal reported on May 30, 2014, the investigation “dragged on for more than two years without yielding definitive evidence of insider trading.”

Chaves decided to try some extraordinary and, as the New York Times described them, “unusually aggressive” tactics – more often reserved for investigating organized crime or terrorism – to put public pressure on some of his targets, hoping to embarrass them into cooperation or scare them into committing an illegal act that Chaves could then use for leverage.

What Agent Chaves did in the spring of 2013, which he’s since admitted to, was deliberately, strategically and illegally leak secret, confidential grand jury information – including indentifying various targets of the investigation – to multiple reporters at the Wall Street Journal and New York Times hoping the ensuing publicity would breathe some life into his “dormant” investigation.

In other words: Commit a crime to investigate a crime.  And it worked like a charm.

Before continuing, let’s first explain the grand jury system in layman’s terms for the casual reader…

A grand jury is a group of citizens who investigate possible criminal conduct and decide whether or not criminal charges should be filed against one or more of the people involved.   Grand juries have the power to demand copies of documents and compel sworn testimony from witnesses.  But since this is a preliminary investigation and not an actual trial, grand jury proceedings are, by law – Rule 6(e) of the Federal Rules of Criminal Procedure – secret.

On May 30, 2014 the Wall Street Journal ran a story exposing details of the supposedly secret grand jury investigation of Billy Walters citing unidentified leakers who were referred to obliquely as “people briefed on the probe,” “people familiar with the probe” and “a person familiar with the situation.”  The New York Times ran a similar story, also citing unnamed sources, the next day.

“The leaks were so pervasive,” Patricia Hurtado wrote in a January 2017 Bloomberg story, “that the probe was thrown into turmoil in 2014 as newspapers prepared to publish confidential details that only investigators should’ve known, according to court documents.”

As we now know, the main leaker was Agent Chaves – although it’s still unclear if or exactly how many others were involved in the illegal leaking.

After the leaks made the details of the investigation public – including professional golfer Phil Mickelson’s involvement – another target, Tom Davis of Dean Foods, was spooked enough by the publicity that he threw away a cell phone that may or may not have been relevant to the investigation.

And that’s exactly the sort of thing Chaves was looking for and hoping for!  Although unable up to that point to get this guy for “insider trading” – a dubious “crime” in and of itself – they nailed him for “obstruction of justice” for destroying evidence.

And lo and behold, suddenly the guy started singing a different tune; reversing his claims of innocence, cutting a deal on the obstruction charge, and turning into the government’s star he said/he said stool pigeon against Mr. Walters.

What makes Chaves’ abuse of leaks in the case even more outrageous is the fact that higher ups in the FBI and the U.S. Attorney’s office did little to find the source of the leaks, which one case agent, Matthew Thoresen, referred to as “deplorable and reprehensible” and “an embarrassment to this office.”

But the sad fact is, the illegal practice of strategic government leaking to the press apparently has become part of the FBI’s culture and investigative process over recent years.

Indeed, back in June we learned from congressional testimony by FBI Director James Comey that he – the top guy himself – strategically and deliberately leaked information related to the Mike Flynn investigation, leading Sen. Marco Rubio to observe…

“You know, this investigation is full of leaks, left and right. I mean, we’ve learned more from the newspapers sometimes than we do from our open hearings, for sure.”

But back to the Waters persecution…

After it became obvious within the FBI that somebody in the FBI – at the time still unidentified – was the source of the “outrageous” and illegal newspaper leaks, an “explicit directive” from senior officials went out to everyone to stop talking to reporters – a directive Agent Chaves intentionally and knowingly ignored.  According to court documents, Chaves told the Times reporters “he could no longer speak to them on his work cellphone” and instead gave them “his personal cellphone” and email address and continued the leaking.

What’s clear is that the government had no case against Mr. Walters until Agent Chaves, and likely others, began brazenly violating the secrecy laws surrounding grand jury investigations by unlawfully and strategically leaking confidential information to reporters from two different major newspapers which published the information, thus bringing public pressure to bear on individuals who changed their stories and brought about an indictment of Mr. Walters that never would have happened if not for the illegal and prejudicial misdeeds of government agents.

Be afraid.  Be very, very afraid.