The Trouble with Judges and Judging Them: Part V

The Trouble with Judges and Judging Them: Part V
N&V Staff 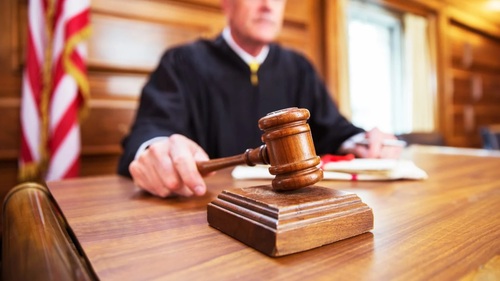 Wrapping up my critique of the fatally flawed “Judging the Judges” series, let’s now turn our attention to the anonymous “jury” of lawyers that voted in the anonymous email survey conducted by a liberal feminist political activist/university professor.

I’ve already noted in previous columns how polluted this jury pool is.  We have no idea what area of law the participating attorneys specialize in, whether they really had any direct experience in the rated judges’ courtrooms or, for that matter, if they even live here.

But to fully demonstrate just how flawed this survey is, let’s take a look at some of the comments anonymously submitted by the anonymous jury of lawyers as “evidence” for why they voted on whether or not certain judges should be retained.

Many comments were very positive…

Others were quite negative…

Now, here’s the thing about the comments above…

THEY’RE ALL ABOUT THE SAME JUDGE!

How in the wide, wide world of sports can this be taken seriously?

To be sure, if you surveyed a fair cross-section of voters about President Trump, you’d get widely varied responses, as well.  However, at least with those responses you can point to specific disagreements on policies based on his position on readily identifiable issues.

If you like the fact that Trump is cutting taxes, reducing regulations, securing the border and killing terrorists, you’ll have good things to say about him.  If you don’t, you won’t.

But when it comes to this anonymous email survey of anonymous lawyers, we’re not talking about how the judge actually rules on specific cases.  Instead we’re talking about opinions, feelings, beliefs and thoughts.  Totally subjective.

Indeed, the non-definitive word “seem” seems to run rampant through many of the negative comments leveled at a variety of the judges.  For example…

Such subjective perceptions in rating a judge’s fitness for the bench seem unseemly to me.

And there are plenty of additional subjective opinions using various iterations of “seem,” such as…

And many of the attorneys’ anonymous negative comments have to do with the judge’s perceived short-comings in the ol’ bedside manner department rather than whether or not the judge made the correct decision.

Frankly, if I’m about to have emergency surgery after a car wreck I’m more interested in whether or not the doctor is going to kill me on the operating table than if he’s whispering sweet nothings in my ear as I bleed out.

Similarly, I’m more concerned with whether or not a judge is going to reach the correct decision than whether or not he or she is arrogant, off-putting, rude or prim and proper.

To be fair, though, many of these “popularity contest” responses were thanks to Question #10 of the fatally flawed ratings survey itself: “The judge consistently demonstrated courtesy and respect.”

Again, I commend the Las Vegas Review-Journal for accurately diagnosing the serious problem of voters not having sufficient information about judicial candidates before casting their ballots.

Unfortunately, the remedy it provided via this flawed anonymous survey of anonymous lawyers conducted by a liberal/feminist research organization using seriously flawed evaluation criteria leaves a lot to be desired.

As the old saying goes, consider the source.

The Center SquareNovember 7, 2022
Read More
Scroll for more
Tap
Nevada population growing quickly, in part thanks to outflow from California
Nevada residents pay among lowest wireless taxes in the nation