The Two Faces of Speaker Oceguera 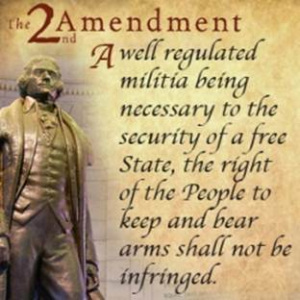 (David Mansdoerfer) – In school, if you are caught plagiarizing, punishments can vary from failing the assignment or class, or even lead to expulsion from school. In the Nevada Legislature, however, there are no punishments when a legislator, especially one in a leadership position, copies the ideas of his colleagues.

Speaker Oceguera’s Bill, AB282, which focuses on various gun issues, has done exactly this by stealing language from other legislation including AB 143, 185, 205 and SB 126.

Now, when gun owners and constituents start taking issue with his Bill, because it has the potential to increase fees on gun owners, Speaker Oceguera has become increasingly resistant to changing his ‘prized’ piece of legislation.

Basically, AB 282 removes a $25 cap on renewing concealed weapons permits and requires that people renewing their permit get re-fingerprinted. First and foremost, the original $25 fee was intended to cover the costs of obtaining background checks from the FBI, which actually cost the state nothing to obtain. (As a side point, Oregon charges less than half, $10, for the same service.)

Now, with that cap removed, AB 282 has the potential to lead to this fee increasing. This, in-turn, will lead to these fees going to cover the costs of other cash-strapped programs.

Additionally, renewal fingerprints are not necessary in accordance with existing Nevada law and federal requirements, however Nevada sheriffs are currently mandating them for permit renewals (some would argue illegally so) – and vow to continue the practice despite the future of AB 282. If it is permanently placed in this bill, people looking at renewing their permit could forever face an additional cost of up to $50 to attain these fingerprints in addition to a potentially increased renewal sheriff fee.

Yet, time and time again, when this issued was raised to Speaker Oceguera, he has continually ignored the voices of concern from his constituents and various second amendment supporting organizations throughout Nevada. Remember, Speaker Oceguera has consistently run on a pro-gun stance.

The question now is – if Speaker Oceguera is so pro-gun, then why is he choosing to not listen to the gun community in Nevada regarding their concerns about AB 282 and fighting against an amendment that they want? Could it be that in his zeal to move the ball forward towards a run for higher office that he will literally trample over the very groups he seeks to favor curry with?

To answer the first question, it is clear that AB 282, which is a compilation of several pro-gun pieces of legislation that he ‘borrowed’, is intended to ingratiate Speaker Oceguera in the eyes of gun supporting citizens in Nevada. Next, Speaker Oceguera has shown no interest in listening to the concerns of his constituents about this Bill.

Put even more simply, it leaves us with a two-faced individual who is more concerned with his personal ambitions than the concerns and well-being of the people of Nevada. Is this really the individual we want to lead the Nevada legislature – I think not.