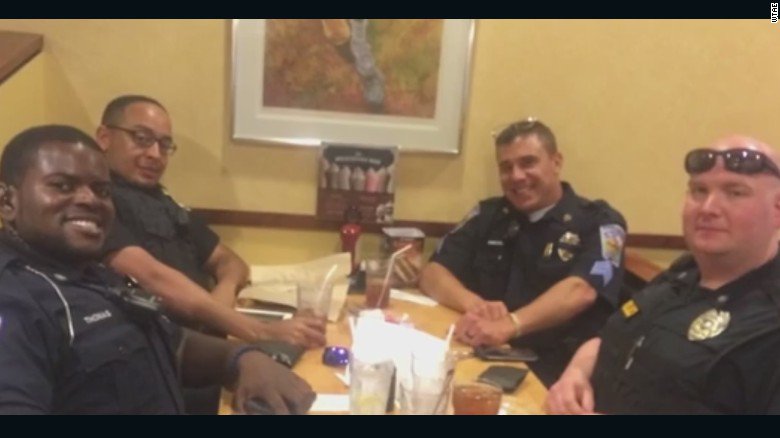 (Doug Criss, CNN) When a couple refused to sit next to a booth full of police officers at a restaurant, the cops counteracted with an act of kindness.

It happened over the weekend at a eatery in Homestead, Pennsylvania, just outside of Pittsburgh.
A group of officers from Homestead and a neighboring department were having dinner at Eat N’ Park restaurant when a server tried to seat the couple right next to them.
The couple wasn’t having it.
“The guy looks over at one of the police officers and was like, ‘Nah I don’t want to sit here.’ So they got moved completely opposite, away from the police officers,” restaurant server Jesse Meyers told CNN affiliate WTAE.