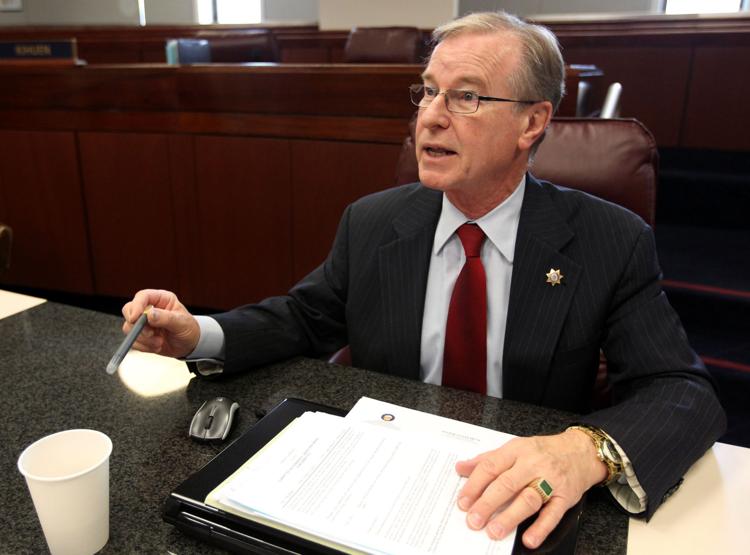 The Nevada Policy Research Institute, a non-profit education and research group based in Las Vegas, named Sen. David Parks, D-Las Vegas, the top legislator in the transparency category of their “2019 Legislative Report Card.”

Nevada passed Senate Bill 287, backed by Parks, which reformed the state’s open records law to subject public agencies to civil penalties for violating public records laws. The legislation was backed by the Right to Know Nevada coalition, which included NPRI and the ACLU.

“Sen. Parks … deserves special recognition for both sponsoring SB287 and for his efforts to include a penalty on any individual government employee who violates the law,” the report said.

In addition to transparency, the report also scored lawmakers based on business and taxes, collective bargaining, education and criminal justice.

Asm. Jim Wheeler, R-Minden, and Asm. John Ellison, R-Elko, were the most taxpayer-friendly lawmakers during the 2019 session and had perfect voting records on issues related to business and taxes, the report said.

“The gutting of the Opportunity Scholarship Program highlights the corrosive effect government unions have on the democratic process,” said NPRI Policy Director Robert Fellner. “Despite being supported by 68 percent of Nevadans, Democrats killed the scholarship program in order to appease the politically powerful unions – long hostile to school choice programs – who help get them elected.”

Nevada also made progress reforming the state’s criminal justice system during the legislative session, for which NPRI awarded Asm. Steve Yeager, D-Las Vegas, the top spot for his efforts.