This Just In: Jobs are Created by Job Creators, Not Socialist Politicians

This Just In: Jobs are Created by Job Creators, Not Socialist Politicians
N&V Staff 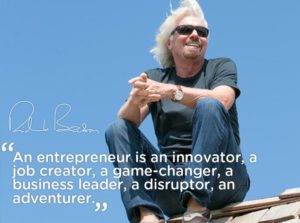 Andrew Gillum is the socialists’ latest sensation after his surprising win in Florida’s Democrat gubernatorial primary.  And shortly after the election he posted one of the more ignorant tweets you’ll ever want to see on Twitter (and that’s saying something!)…

“We need to raise our minimum wage to $15 – but that’s not enough on its own – because nobody wants to earn minimum. We need to create high-wage jobs through training and education, expanding healthcare, modern transportation, and so much more.”

First, outlawing entry-level jobs that many new workers need to gain employment experience ain’t gonna help those trying to step up onto the first rung of their work career ladder.

The fact is, if you bump the entry-level wage to $15 an hour, many of those jobs are simply gonna disappear.  In fact, we’ve already seen businesses respond by replacing entry-level jobs with technology, including burger-flipping robots!

Secondly, training and education, expanding health care, modern transportation and “so much more” doesn’t create jobs.  You know what does?

This should be obvious to anyone with an IQ above a potted plant.  But thanks to the dismal state of our government-owned/union-managed public school failure factories – combined with the Left’s incessant “hate the rich” propaganda campaigns – too many Americans today seem to be missing the obvious.

Fortunately, we have an entrepreneurial businessman in the White House today showing the world how the world actually works in the real world.

Now, for my annual vacation/camping trip this summer, I read Virgin Group CEO Sir Richard Branson’s “Business Stripped Bare” book from 2008.  In it, he went to great lengths to explain why entrepreneurs, not government, are so critical to job-creation and economic success.

“Entrepreneurs have the dynamism to get something started,” Sir Richard wrote.  “They view the world differently from other people.  They create opportunity that others don’t necessarily see and have the guts to give it a go.”

Oh, and by the way, in America there are no race or gender barriers to starting your own business.  In addition, as my friend Grover Norquist of Americans for Tax Reform has pointed out, “There is no glass ceiling when you are self-employed.”

“To be a serious entrepreneur,” Branson continued, “you have to be prepared to step off the precipice.  Yes, it’s dangerous.  There can be times, having jumped, when you find yourself in free fall without a parachute.  There is a real prospect that some business ventures will go smashing into the ground.”

Which is why so many people – the vast majority, in fact – choose the relatively safer and more comfortable route of getting a salaried job rather than trying to start their own company.  And there’s nothing wrong with that.

But somebody has to create those jobs.  Entrepreneurs.

And to get more of them, as Branson notes, we need to start teaching our youth about “the value of wealth creation” and encourage kids with gumption to start their own businesses rather than focusing entirely on getting an often-useless college degree.

Indeed, even liberal New York Times columnist Paul Krugman acknowledged a few years ago that “It’s no longer true that having a college degree guarantees that you’ll get a good job, and it’s becoming less true with each passing decade.”

“A great deal of entrepreneurship can be taught,” Sir Richard explains, “and we desperately need to teach it as we confront the huge global challenges of the twenty-first century.”

And not only does entrepreneurship need to be taught, it needs to be championed and celebrated.  Because there are no jobs without job-creators.

And the sooner anti-rich/anti-business politicians such as Andrew Gillum recognize that fact, the brighter and more prosperous our nation’s future will be.