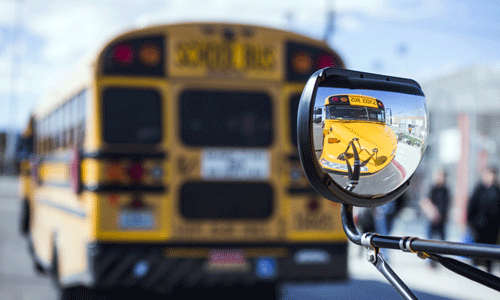 (James Guthrie) – The November election is filled with issues crucial to the well-being of Nevada and its citizens. However, few challenges are as daunting as improving our state’s elementary and secondary schools. Many of Nevada’s students are routinely subjected to subpar schooling, and it is difficult to identify a public issue of more pressing significance.

As Governor Sandoval’s first appointed state school superintendent, I visited schools in every county. This survey took several weeks and necessitated thousands of driving miles. However, it was worth the effort. The biggest revelation came from observing schools in our northern and sparsely populated counties. I encountered classroom after classroom in Elko, White Pine, Lincoln (etc.) where I would have been pleased to have my own children enrolled.

It was only upon closely examining Clark County schools that I began to understand our state’s most intense education challenges. The good news is that Clark County has some excellent schools. The bad news is that there are far too few of these. The majority of Clark County’s schools are not sufficiently serving students and parents.

Bureaucracy, cronyism, financial waste, outmoded regulations, and misplaced priorities bedevil Las Vegas Valley schools. There is so much wrong that one struggles to determine where reform should begin. Following are some basic principles that suggest what should be done.

At the heart of an effective school are effective teachers. There are no computer programs, staff development strategies, textbooks, curriculum models, class size or organizational arrangements that match the power of effective teachers. The only thing that comes close in value are school principals who teachers respect and for whom they want to work.

The bottom line is that we must stay focused on teachers and principals in our reform efforts. Relatively speaking, nothing else matters. Recruiting, inducting, supporting, evaluating, rewarding and retaining effective teachers is a sine qua non. An elementary student who has an effective teacher three years in a row is virtually assured of future academic success. Regrettably, the obverse is true. An ineffective teacher three years in a row greatly imperils a student, and recovery is difficult and expensive.

Once a powerful plan for recruiting and retaining effective teachers and principals has been established, the next step is ensuring they have the appropriate freedom to operate their classrooms and schools. The central office should have limited authority. Schools should be empowered to pursue clear and specific student achievement targets. There should be rewards for meeting goals, but rewards should be schoolwide — not individual. Principals should be on three-year performance contracts, and might hold tenure as teachers, but not as principals.

There is no rocket science needed here. Undertaking these reforms is more of a political than technical challenge. Nevada’s next governor will need independence, courage, and political savvy to elevate the concerns of children and parents ahead of Clark County’s currently entrenched decision-makers and return schools to a productive path.

James Guthrie was appointed superintendent by Gov. Sandoval with the unanimous support of the State Board of Education on April 2, 2012. He replaced Superintendent Keith Rheault, who was retiring. On March 29, 2013, he resigned without giving a reason.