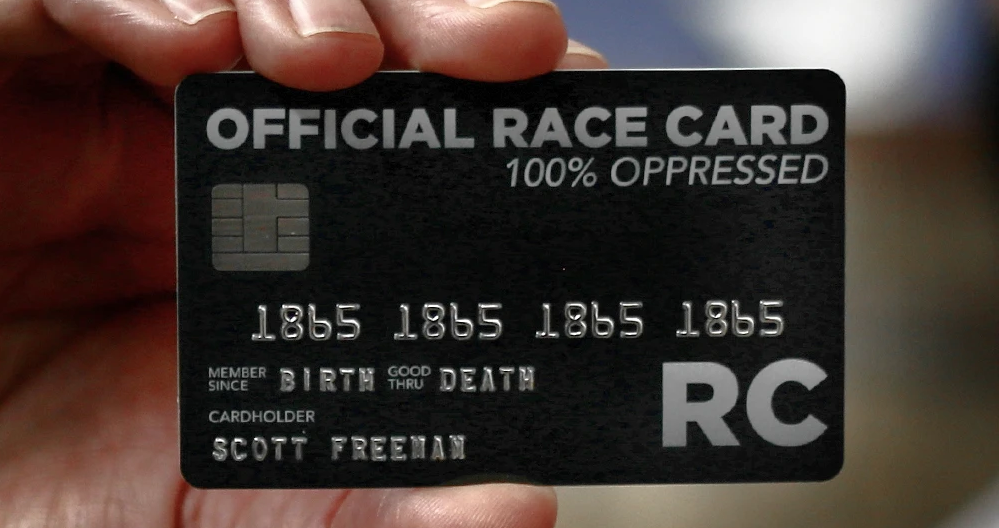 (Chuck Muth) – The left is having a cow over all the talk about “critical race theory” (CRT) being a red-hot issue this campaign cycle, alternating psychotically between denying it even exists and defending it. But CRT is a symptom, not the disease.  It’s not just CRT that so many Americans are rebelling against.  It’s the entire divisive system of racial arson being perpetrated by the left and their Amen Corner in the corporate media.  Here are a few examples from just this morning as I read the paper and scrolled through my news feeds…

Note how the media has conspired to print “Black” capitalized while “white” remains lower-case in their articles and columns. It’s not much of an exaggeration to note that almost EVERYTHING these days is framed in racial terms; usually painting blacks as victims of “white supremacy” and whites as their never-ending oppressors. Whites are the devils.  Blacks are saints.  Regardless of circumstances. Indeed, note how often the media chooses to leave out the perps’ race when reporting on crimes by blacks – other than the obviousness in mug shots when published.In fact, the fake news media not only downplayed the race of Darrell Brooks, the black Waukesha Christmas Parade mass-murderer, their headlines didn’t even mention a driver, let alone a black…oh, sorry…Black driver.  Check these out…

And then there’s the decades-old “black separatist” movement. Start with Black History Month (whites don’t even get a day) and include Black Lives Matter, Historically Black Colleges & Universities, Miss Black America, Miss Black USA, the Congressional Black Caucus, Black Entertainment Television (BET), Black Movie Awards, 100 Black Men of America, National Association of Black Hotel Owners, National Association of Black Accountants, National Society of Black Engineers, National Association of Black Storytellers (I wonder if Jussie Smollet is a member?), Black Wall Street USA and even a National Registry of Black Baby Names. And, of course, the United Negro College Fund and the National Association for the Advancement of Colored People (NAACP) – which is totally confusing because I thought the politically correct Speech Police told us not to use the words “negro” or “colored” anymore. But WHITES are the racists? The thing is, it’s Republicans who are the LEAST racist in America today.  We don’t care if you’re black, white, brown, red, orange, green, yellow, indigo or violet.  If you want to keep the government small, taxes low and support individual rights…we’re happy to have you in our tent and just as happy to vote for you. Indeed, it’s been said that the actual definition of a “racist” in America today is ANY conservative winning an argument with a liberal. Remember how the left called black conservative talk-radio host Larry Elder the “face of white supremacy” during his campaign for California governor earlier this year? And remember when Joe Biden said last year that “If you have a problem figuring out whether you’re for me or Trump, then you ain’t black”? The left has been playing the political race card for over 50 years.  But a growing number of Americans, of all races, are sick of it.  It’s not just “critical race theory.”  In reality, CRT is just the straw that may have finally broken the camel’s back. The real cancer on American society today isn’t white supremacy.  It’s black separatism.  The left doesn’t want a color-blind, melting pot society.  It continues to fan the racial flames because it’s good for them politically. And they’ve gotten away with it for a long, long time. But an awakening has occurred.  A reckoning is coming.  If the left wants to keep playing the race card, they ain’t playing with a full deck.  Tick, tick, tick… Trump Effect or Biden Backlash?  The left, of course, also plays the race card with Hispanics.  And that’s not going too well for them these days either.  From today’s Wall Street Journal…      “The nation’s large and diverse group of Hispanic voters is showing signs of dividing its support between Democrats and Republicans more evenly than in recent elections, a new Wall Street Journal poll finds, a troubling development for the Democratic Party, which has long counted on outsize Hispanic support.      “One year after giving Democratic House candidates more than 60% of their vote, according to polls at the time, the Journal survey found that Hispanic voters are evenly split in their choice for Congress. Asked which party they would back if the election were today, 37% of Hispanic voters said they would support the Republican congressional candidate and 37% said they would favor the Democrat, with 22% undecided.” Free Brittany! Update If you missed my original story about Brittany Sheehan – the mother of a 6-year-old girl who was arrested for legally signing her daughter out of school – click here. The long and short update: Brittany was released from Clark County jail on Monday.  But the court in California has issued a new warrant for her arrest and asked that bail be set at a jaw-dropping $250,000! For more details by the reporter who broke Brittany’s story, click here. Reminder: Last month, former Raiders football player Henry Ruggs was driving drunk at 156 mph at two o’clock in the morning and slammed into the back of 23-year-old Tina Tintor’s car, which resulted in a fire that burned Tina and her dog alive. His bail was set at just $150,000. Something stinks like yesterday’s diapers in Madera, CA. FAMOUS LAST WORDS “My team and I just found out that Cook Political Report just rated our race a ‘Toss Up.’ I won’t sugar coat it: this isn’t something we want to hear less than a year out from the election.” – Nevada Gov. Steve Sisolak (smell the fear!)