Time to Cull “Mad Cow Republicans” from the Herd 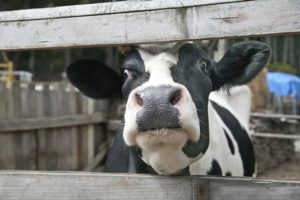 And that immediately brought to mind several Nevada Republican legislators.

Look, I expect Democrats to vote for higher taxes and bigger government.  Heck, they campaign on it.  So when they do, it’s an honest slap in the face for conservatives.

But Republicans campaign on being for limited government and lower taxes.  Alas, for many of them those campaign promises are just insincere kisses blown in the direction of conservatives, which make these RINOs – Republicans in Name Only – far worse to stomach.

And that brings us to the 2019 Nevada Legislature…

Not only didn’t they have the votes to stop any of the Democrats’ worst bills, they had a new Democrat governor who would sign them.

As such, the ONLY thing they could do was force the D’s to pass their bills without any GOP “bipartisan” support so those bills could be used in campaigns to win back seats in next year’s legislative races.

And they couldn’t even do that.  Some examples…

AB456 raised the minimum wage for private businesses – something government absolutely should have no involvement in whatsoever.  That’s a private relationship between a willing employee and a willing employer.

Now, when Republicans run next year criticizing Democrats for this unwarranted intrusion on the private sector, Democrats will be able to claim the bill was “bipartisan” – thanks to one bad apple.

AB483 was a bill laying the groundwork to change the fuel tax we pay at the pump to a mileage tax because cars today are too fuel-efficient and the government is “losing” money.  Since this is a pocketbook issue that would affect the Average Joe, it could be a good campaign issue.

Alas, four Senate Republicans voted for the bill with all of the D’s: Pickard, Heidi Gansert, Ben Kieckhefer and Pete Goicoechea.  Presto, bi-partisan!  So much for that issue.

AB289 stripped the requirement that kids who can’t read at grade level in the 3rd grade be held back.  It was a sop to the teachers’ union, which hates for its members to held accountable.

Naturally, every Democrat voted for the bill.  But four Republicans voted with them to make it a “bi-partisan” effort: Pickard, Gansert, Kieckhefer and Goicoechea.  Same ol’ crowd.

SB263 raised the tax on harm-reduction vaping products. It was a tax hike, so naturally ever Democrat voted for it.  But so did five Republicans, thereby making raising taxes a “bi-partisan” affair: Pickard, Gansert, Kieckhefer, Goicoechea and Joe Hardy.

AB535 was a tax hike on tobacco products.  Republicans who made this tax hike “bi-partisan” were: Pickard, Gansert and Kieckhefer.

SB458 spent $615,000 for “school gardens.”  Three Republican senators voted with every Democrat for this waste of taxpayer dollars when supposedly there isn’t even enough money to pay for books: Gansert, Pickard and Scott Hammond.

But RINO Fever didn’t just infect GOP senators.  There are a gaggle of them in the Assembly, as well.

AB445 was an Internet sales tax bill.  All the Democrats voted for it, of course.  But so did six Republicans: Jill Tolles, Melissa Hardy, Glen Leavitt, Tom Roberts, Greg Hafen and Al Kramer.

SB475 watered down the accountability standards for teachers, reducing the percentage of teacher evaluations based on student achievement from 40 percent to just 15 percent.

Republicans who voted with every Democrat for this bill: Tolles, Hardy, Leavitt, Roberts, Hafen, Kramer, Chris Edwards and Alexis Hansen.

As did Hammond, Ira Hansen, Hardy, Pickard and Gansert in the Senate.

And I’m just scratching the surface here.  There are PLENTY of other examples of Republicans voting with Democrats and giving them the “bi-partisan” shield they craved for the 2020 campaign season.

Which serves as reminder for conservatives: It’s not enough to simply elect more Republicans; you need to elect better ones, as well.

And that’s what primaries are all about.

As long as RINOs rule the roost among Republicans in Carson City, Republicans will remain in the minority.  Indeed, Republicans lost the majorities they held in both houses in 2015 after the RINOs led the party off the cliff by passing the largest tax hike in state history.

These “useful idiots” are a highly contagious political infection.  “Mad Cow Republicans.”  They need to be culled from the herd.  The 2020 RINO-hunting season is now open.